"Being A Parent Is Life!" 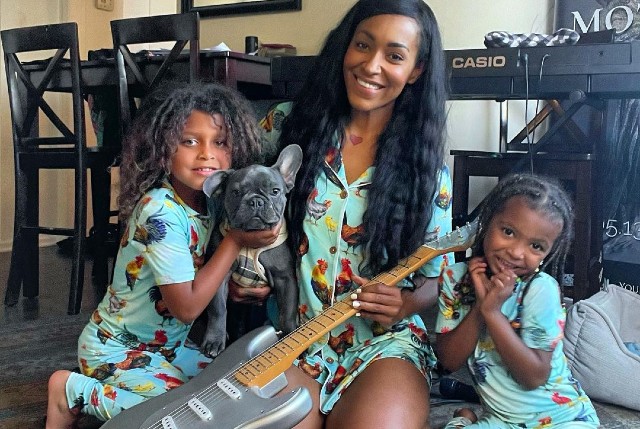 Peter Gunz and Amina Buddafly’s kids are growing up before our eyes! The celebrity parents recently shared pictures and video clips of their little ones.

Amina and her daughter, Bronx, went viral after sharing a video of Bronx giving life to audio. The youngster conveyed the notion of being her mom’s full support team while sitting on Amina’s lap. “She killed it,” Porsha Williams said after watching the cute video clip. Peter Gunz responded to his daughter’s hilarious acting by writing, “LOL!”

Bronx is Amina Buddafly’s youngest daughter with her ex-husband. The youngster’s older sister, Cori, made Amina a mom for the first time.

“Between me and my two sisters I was the last to have kids,” Amina wrote in a recent Instagram post. “I used to think, ‘I’m way too much about myself [and] my career. I’m not the type to have kids.’ Oh was I wrong,” Buddafly told her social media fans.

“The moment I had kids I started becoming a happier human,” Amina revealed in her sweet post. “Being a parent is LIFE,” the celebrity mo exclaimed. “And you don’t know this until you are one,” Amina added. “I’m so thankful! Yes, they make my life harder and more complicated but sooo sooo sooooo much better!”

Amina Buddafly had a stint in the Love and Hip Hop (LHH) empire before returning to her life as a recording artist. “People are slowly but surely seeing that I’m a real artist,” Amina said during an interview with Flaunt last year. “I’m not a reality girl who now wants to sing,” the celebrity added. “I really come from music.”

A post shared by Cori and Bronx Pankey (@coriandbx)

Amina Buddafly has released several singles since delving back into the music full time. Her oldest daughter celebrates her seventh birthday this year. Bronx turns 5-years-old this year.