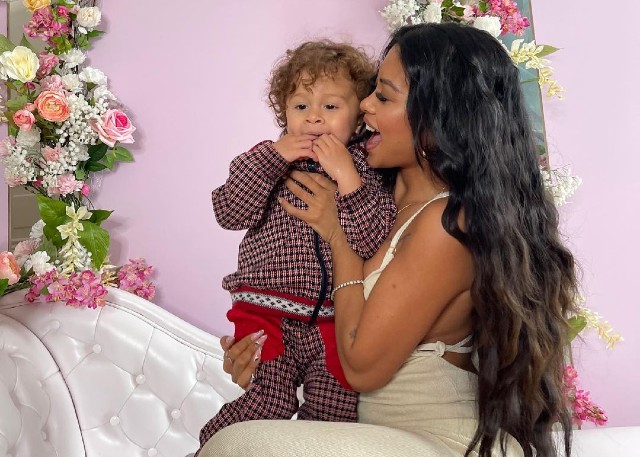 Chris Brown was one of many to wish his son’s mother. Ammika Harris, well wishes on her birthday. The recording artist took to Instagram on Sunday (May 16) to send positive vibes to the model.

“Happy Birthday to this special woman,” Chris wrote to Ammika. “Love you, Meek Meek,” the celebrity father said. Chris also included a candid of their son, Aeko Harris, and a picture that showed Ammika giving birth with Chris by her side in the post. More than 400,000 of the singer’s fans gave the shoutout a nod.

Some speculate Chris Brown and Ammika Harris as an item. The status of the celebrity parents’ romantic relationship, however, remains a mystery to the public.

“Chris and Ammika haven’t put an official label on where things stand with them right now because they’re still trying to figure out what their next move is,” an insider revealed last year after Chris and Ammika vacationed in Mexico with their son. “They know the love is there and they’ll always be in each other’s lives obviously, but there are so many variables at this point and everything is still up in the air,” the source added.

Chris Brown was separated from Ammika Harris and their son last year because of restrictions related to the coronavirus pandemic. Ammika and Aeko were forced to reside in Europe for a time. Chris shared pictures online to express his desire to be with his son. The trip to Mexico came after Ammika, Chris, and Aeko were reunited when travel restrictions were relaxed last fall.

“Chris can’t imagine being away from Aeko and he’s doing anything and everything to try and figure out how he and Ammika can be with him in the States on a permanent basis,” a family friend revealed. “Chris sees so much of himself in Aeko and he can’t wait to continue watch him growing up.”

Aeko is Chris Brown’s only child with Ammika Harris. The R&B singer also has a daughter named Royalty with businesswoman Nia Guzman.

"BLACK-ISH" RENEWED FOR ITS EIGHTH AND FINAL SEASON