"Please Watch And Support Me" 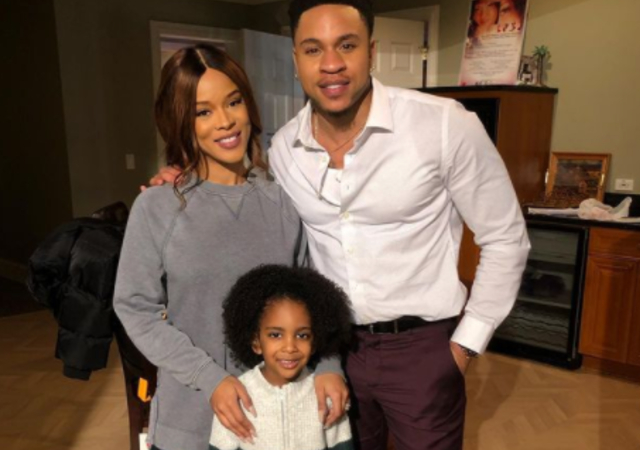 Kandi Burruss’s son, Ace Tucker, is in the movies! The youngster makes his acting debut in BET+’s Favorite Son.

Based on the book by Tiffany L. Warren, Favorite Son is a story about a pastor’s son who must choose between the life his father wants for him and the destiny he believes God has called him to abide in. Jonathan McReynolds, Anthony Evans, Keke Wyatt, and Rotimi work together to bring the narrative to life.

Ace Tucker shared news of the film’s debut earlier this week. “Hey, guys,” the youngster shared with his Instagram fans. “The movie #FavoriteSon that I got my first role in premieres tomorrow on @betplus,” Tucker exclaimed on Wednesday (May 5). “Please watch and support me.”

Ace Tucker has been getting into everything from film to fashion. The youngster even has a YouTube channel that has garnered thousands of subscribers who tune in just to keep up with Ace.

Not only is Ace inspiring kids his age to pursue their passions in life, but the youngster also serves as motivation for his father, Todd Tucker, who recently gave thanks to his son for positively influencing him.

“I want to Thank @acetucker for inspiring me,” Todd told his social media fans. “I haven’t been chasing my dreams because I’ve lacked confidence,” the celebrity father admitted. “I’ve been chasing money and I’ve been helping other people chase their dreams,” Tucker said. “I’m focused and I’m ready to do what I love,” the celebrity father declared. “Thank you @acetucker! Keep inspiring and motivating!”

Todd Tucker worked in production before meeting Kandi Burruss several years ago. The celebrity father has partnered with his wife to bring various family business ventures to life. Todd, however, has stepped away from many of his personal endeavors due to obligations related to his wife and kids.