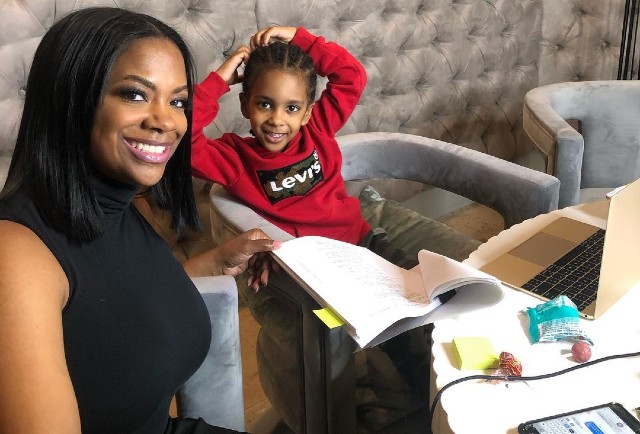 She wrote, “I’m so proud of my Acey Pooh! He got his first role in a movie & they had their first table read today. He’s excited & we’re excited for him! My little superstar @acetucker!”

Todd later posted a photo of his wife and son with the caption, “Look at my two favorite actors! I’m so proud of these two! Family that supports each other’s dreams! Let’s see who’s up next!”

Ace Wells Tucker is a busy four year old! Earlier this year, the youngster launched his Youtube channel called, Ace Plays and Giveaways, on his birthday.

“All I want for my birthday is for you guys to subscribe to my channel,” Ace told his fans in a video.

Ace Wells Tucker is Kandi Burruss and Todd Tucker’s only son. The RHOA star and her husband recently welcomed their daughter, Blaze Tucker. Todd and Kandi parent four kids in all.