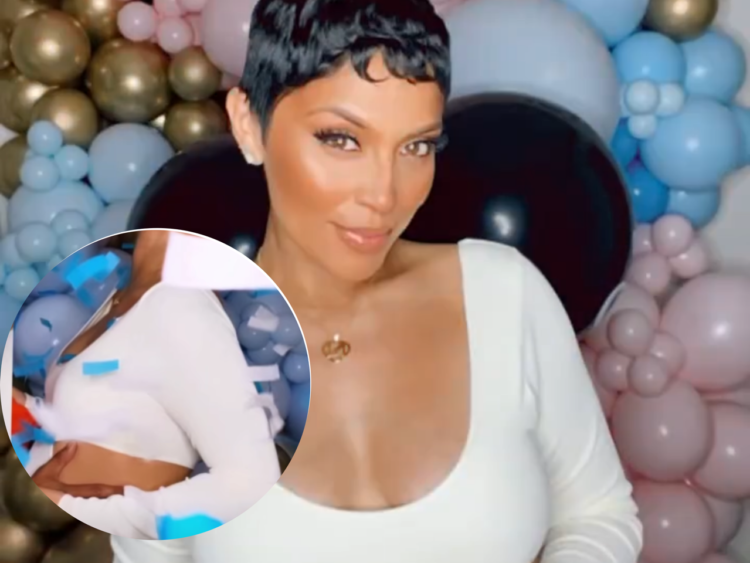 Abby shared footage of herself popping a balloon that bore blue confetti inside. The confetti’s color was symbolic of Nick and Abby’s expecting twin sons.

“God knew what this strong and tough heart of mine needed,” De La Rosa told her social media fans. “Our suns, you already light up my life N’credibly,” she exclaimed. “I wanna scream it to the world – I’M A BOY MOM!”

Many congratulated Abby De La Rosa on her pregnancy and family’s expansion. One commenter, however, asked, “Where’s Nick?” Another Instagram user wrote, “Far left popping the balloon” in reference to the video clip Abby shared.

Another Instagram commenter agreed. “He’s to the left,” the troll wrote. “[He] does not want to be pictured with her … now that’s sad. A supporter of Abby’s quickly responded to the negativity by saying, “Nah, she just not gonna give y’all what you want!” Abby agreed with her defender by writing, “Let em know.”

Neither Nick Cannon nor Abby De La Rosa has confirmed their expectancy of a child together. Fans have a good reason, however, to believe the two are in a relationship and, as such, label Nick as the father of Abby’s twin sons.

It was just a few weeks ago that Cannon gave Valentine’s Day gifts to all three of his girlfriends. Abby was among the three. There is also the reference to Nick Cannon’s N’credible headphone line that Abby made in her gender reveal announcement. and that has fans convinced of Nick fathering her sons.

Abby De La Rosa is expected to give birth in June. Her twin boys will make Nick Cannon the father of six kids.