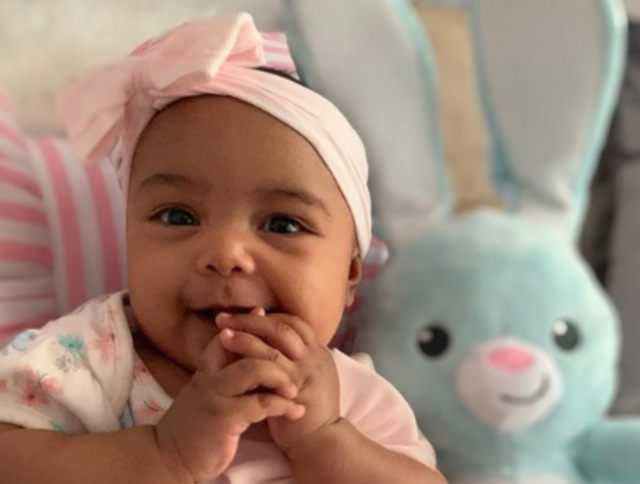 Nick Cannon and Brittany Bell’s daughter, Powerful Queen, is taking over her mother’s Instagram page. Brittany recently shared candids and a video clip of her daughter that captivated her online supporters.

The video clip showed Powerful laughing for the first time. The little one found her mother’s hand motions and facial expressions to be amusing. “Found a way to make her laugh,” Brittany said of the clip. “The first time hearing her laugh was everything,” the celebrity mom doted. Powerful’s big brother, Golden Cannon, filmed the precious moment. “He did so good capturing her,” Brittany told her social media fans.

Nick Cannon and Brittany Bell welcomed their daughter last year on Christmas Day. “The best gift ever,” Brittany said of her daughter’s arrival. “Powerful Queen Cannon came this week perfect timing for Christmas,” Bell shared with her social media fans. “All I can say is that Nick was my rock through the most intense yet empowering natural water birth. It was nothing but POWERFUL.”

Nick Cannon is presently the proud father of four kids. The celebrity dad shared his excitement about being a father during an interview with ABC News.

“I love children,” Cannon said. “Everybody knows that,” he added. “Whether it’s having more of my own, or adopting, whatever, I love that process. Kids kind of bring that vibrant side [out] of me so whenever I can be a part of that process I’m with it.”

Nick Cannon will soon be the father of six kids as his girlfriend, Abby De La Rosa, is pregnant with twins. Abby and Nick are expecting their sons to arrive in the coming months. Nick’s oldest children, Monroe and Moroccan, are with his ex-wife, Mariah Carey.

CHECK OUT THE TRAILER FOR 'SPACE JAM: A NEW LEGACY'