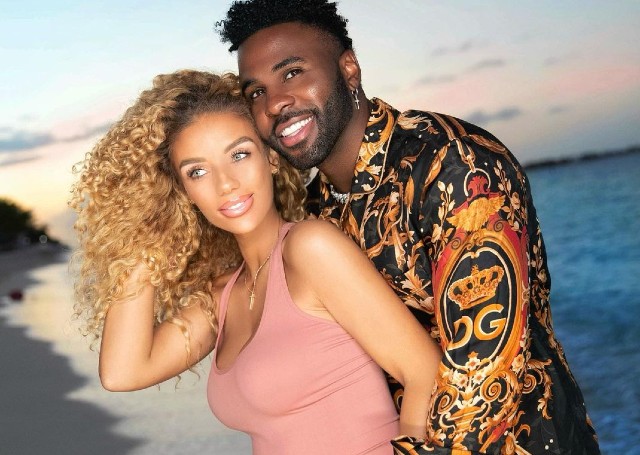 Congratulations to Jason Derulo and his girlfriend, Jena Frumes, on their family’s expansion. The couple is expecting their first child together.

“[I] couldn’t be more excited for this new chapter in our life,” Jason shared with his social media fans. Jena also took to Instagram with the news. The entrepreneur shared a candid that showcased her baby bump along with the caption, “Mom and Dad.”

Jason and Jena started dating last year. He met her at the gym right before the pandemic led to lockdowns. The two have been going steady in their relationship ever since with TikTok videos as public proof of their bond. Jason and Jena often upload videos to the social media platform. In fact, Jason recently shared how TikTok helped revive his career.

“I started in March and started by doing one challenge and I was like, ‘Oh, this is fun. Let me try it again,'” Derulo shared during an interview with OZY. “And then I just caught the bug, man. It was one of the things that kind of got me through this whole situation,” the artist said.

“I think it’s a bigger business right now,” Jason further explained. “The viewership can be so high. I mean, I have videos that have hundreds of millions of views. If you’re a big brand in the world and you want your brand to be seen, TikTok is where you’re going, because it’s the new hot shit. You can either put on a commercial and you get like 3 million views or you can give a young kid on TikTok that money and you can get 40-50 million views. It depends on where you want to put your money, but I think most brands are betting on TikTok, and you can see why.”

Jason Derulo began his solo career in 2009. To date, he has sold more than 30 million singles eleven of which have gone platinum. ‘It Girl’ along with ‘Wiggles’ and ‘In My Head’ are three of the eleven platinum tracks.

Jason and Jena are expecting their first child to arrive in the coming weeks.

Ashley Graham is getting in touch with Mother Earth. The pregnant model recently shared a...