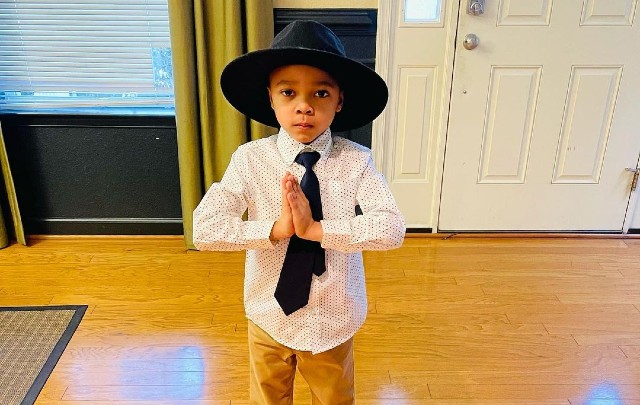 Five-year-old music producer is making waves with viral TikTok video. The Portsmouth kindergartener, Kingsley Rosario is one name that you unquestionably have to remember.

This talented young man, son of two musicians, is already blowing people away with his beats. The TikTok video has garnered over 2.3 million hearts and 53,000 comments. He has even received praise from famous faces and names such as Steve Aoki and Billie Eilish’s brother, Finneas O’Connell.

As mentioned, Kingsley is the son of musicians. His mother is a singer from Chesapeake and his father, a songwriter and producer from Virginia Beach.

In an interview with The Virginian-Pilot, Kingsley’s parents said that he started playing music when he was about 18-months-old and that the budding musician became enthralled with the local drummer at their church, First Baptist Church South Hill in Chesapeake.

“He would let him play after church,” Kingsley’s mother said in The Virginian-Pilot interview. “Once we saw that, that piqued his interest, (his grandparents) got him his first drum set and he started playing. Of course, it was just beating at first, but then we noticed that he would pick up rhythms and things from songs that he would hear.”

Last year, Kingsley took up making music on his iPad. With a studio set up in his room, Kingsley is making music just like the big boys already at the head of the game.

“You put sounds into it, you touch the pads and you basically make your music through that,” said his father in the same interview. “It’s basically one of those instruments they use to sample sounds and produce their own music.”

So, just who are some of Kingsley’s favorite artists? Well, the young maestro includes Bruno Mars, Anderson .Paak, Anita Baker, Cardi B, Brandy, and a rock band called Abandoned Pools among his favorite groups.

If you cannot get enough Kingsley, you can join his 35.1K followers on Instagram. Or, you can visit his website for more music and swag.