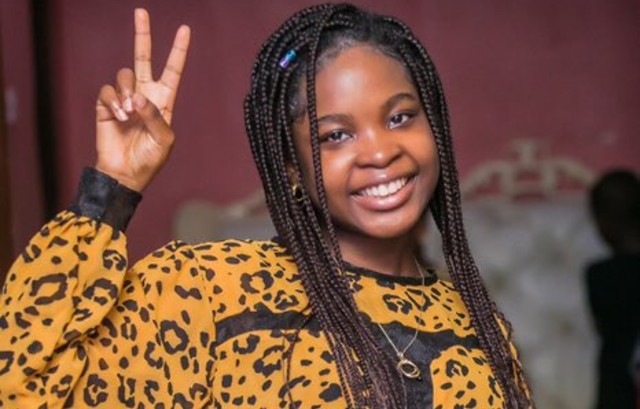 The West African teenager made herself a part of history when she won the Global Open Mathematics competition.

Here are our top three winners in the Senior Category of the Global Open Mathematics Tournament.

Faith Odunsi has put Nigeria on top of the world. We are proud of her! #GOT2021 pic.twitter.com/CPEezuReqj

Although she beat other contestants from Africa, Europe, Asia, Australia, and the United States, Odunsi didn’t immediately think that she was going to be the winner until she answered more questions that the other contestants in the final round of the competition.

Odunsi said in an interview with The Punch that, “My heart raced but I felt relieved.” As the competition winner, Odunsi walked away with a $1,000 prize.

The 15-year-old is in her final year as a high school student at the Ambassadors School, Ota Ogun State. Odunsi’s father is a doctor and mother, a businesswoman. And of course, both of her parents are extremely proud of her win. The budding mathematician states that she gets her math genes from her father.

Do you want to know more about this amazing young lady? Check out a snippet of her interview below with The Punch.

What is your name and how old are you?

What class are you in and what is your state of origin?

I am in SS3. I am from Ijebu in Ogun State. You recently won the Global Open Mathematics Tournament.

How does this achievement make you feel?

It makes me happy and honoured.

How did you react when you were announced as the winner?

I was already tense, so I just smiled. I was too anxious to dance. I was tense because it was a tough competition.

Which other countries fielded contestants in the tournament?

I saw pupils from the United States (of America), China, Ghana and others.

At what point were you convinced that you would win?

It was at the point when we got to the end of the questions and I got the answers correctly. My heart raced but I felt relieved.

You went through some stages before the international tournament. Can you tell us about them?

In the first stage, there was a computer-based test and we had to answer many questions in one hour. My score in the test was 66. The second stage took the same format and I also scored 66. The quarter and semi-finals were on Microsoft themes. We were asked questions and we put in our answers; the first to put in the correct answers got 10 points.

Which of those stages was the toughest for you?

I think the first was the toughest because I was just getting used to the CBT and timing.

Were you at any stage scared that you might be defeated by other pupils?

Yes, I was – at the semi-finals. I entered a tiebreaker with a female pupil named Adrija Panda. I think she was from one of the Asian countries.

RUSSELL WILSON SHARES PHOTO OF 'BABY NO. 3' AS TRADE TALKS PICK UP STEAM