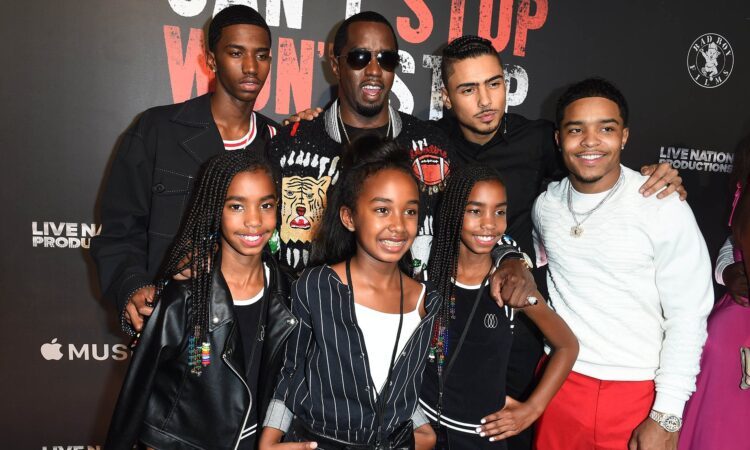 Sean ‘Diddy’ Combs has produced for artists such as Mary J. Blige, Usher, and Jodeci. In addition to his music, Diddy is also known for his famous clothing line Sean John and his vodka brand Ciroc. Besides being a mogul, Diddy is also a proud father to his kids. Who are they? Here are five questions and answers about Diddy’s kids.

1. How many kids does Diddy have?

Diddy had six children with three different women. Diddy had Justin with his ex-girlfriend Misa Hylton, a fashion designer who has styled for artists such as Lil Kim, Foxy Brown, and Mary J. Blige. Diddy had Chance with his longtime associate Sarah Chapman and had Christian, D’Lila, and Jessie with his ex-girlfriend, the late Kim Porter. Kim Porter had Quincy from a previous relationship with singer Al B. Sure!.

3. How and what did Kim Porter die from?

On November 15th, 2018, Kim Porter was tragically found dead in her home, having passed away from pneumonia at 47. In 2019, Diddy told PEOPLE Kim’s final request to him before her death.

“Three days before she passed, she wasn’t feeling well,” recalled Diddy. “She had the flu, and she sent the kids over to my house so they wouldn’t get sick… One night I was checking on her, and she was like, ‘Puffy, take care of my babies.’ She actually said that to me before she died.”

4. Are any of his kids following in his footsteps?

Yes. Christian Combs models and raps under the stage name King Combs. D’Lila and Jessie also have modeling careers. Quincy is a singer and an actor, having appeared on FOX’s Star and in films such as Dope and Brotherly Love. Justin, Quincy, and Christian also are joining their father on the upcoming reboot of his MTV show Making the Band.

6. Did Diddy and Cassie have kids together?

No. Diddy and singer Cassie Ventura started dating in 2007, but they broke up in 2018. Cassie married personal trainer Alex Fine in 2019, and they welcomed their daughter, Frankie Fine, in December 2019. Upon hearing of Cassie’s pregnancy, he posted a picture of Cassie and Alex and congratulated her, writing in the caption: “Congratulations @Cassie and Alex. I wish you all nothing but love and happiness. God bless ❤️❤️❤️ L O V E.”

About: Sean “Diddy” Combs has had quite an epic career as a rapper, with three Grammy awards and three BET awards, but he is also known for being a mogul as well. In 1993, Diddy founded his label, Bad Boy Records, and created a multi-million dollar industry around it with recordings from their artists Faith Evans, Craig Mack, 112, Total, and of course, the late rap icon The Notorious B.I.G., who Diddy recently inducted into the Rock and Roll Hall of Fame.