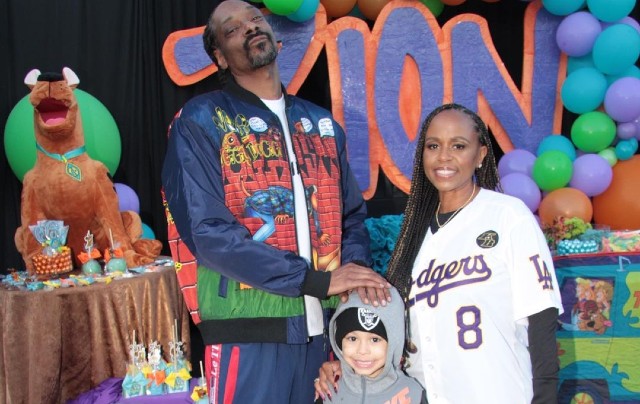 The family-oriented celebration had all the bells and whistles one would expect at a child’s birthday party. The guest list was, of course, significantly reduced because of the coronavirus pandemic. “1st love @bosslady_ent 1st son @1lovesociety 1st grandson @zionkalvin,” Snoop captioned underneath a candid that showed him with his wife, oldest son, and oldest grandson.

Corde made Snoop a grandfather for the first time. The rapper has welcomed several other grandchildren since Zion’s birth, thanks to Corde and his younger brother, Cordell Broadus. In fact, it was revealed last month that Cordell was expecting another child with his partner. The news of Cordell’s expectancy came around the same time as Corde sharing the excitement about his family expansion.

“With my Tribe. My village. My Ohana,” Corde told his social media fans last month. “Welcoming my newest seed on the way,” the expectant father exclaimed. “Love you and see you soon Son,” Corde wrote to his unborn child.

Soraya and Corde got candid about parenting during a 2018 session with their social media fans. At the time, the couple had their daughter, Elleven, and were navigating life as first-time parents.

“It’s really not up to you,” Corde said when asked about his rearing practices. “All you can do is give them the tools, but how they use the tools is up to them. So, don’t really stress about the things you can’t control.”

Corde is one of four children Snoop Dogg has with his wife. The rapper will be the grandfather of six when Corde and Cordell welcome their kids later this year.