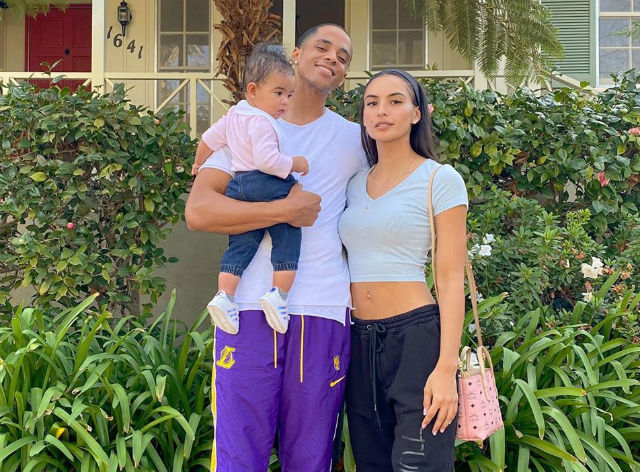 Cordell Broadus is a proud papa and boyfriend! The 22-year-old took his Instagram earlier today to share a photo of his girlfriend Phia Barragan and their daughter Cordoba. “Daddy with his girls,” he captioned.

Broadus later posted a photo of him and his dad, rapper Snoop Dogg. The father-son pair are featured on the  recent cover of Odda Magazine wearing the latest from Gucci.

In other photos, Cordell shows off his feminine side as he rocks makeup, an earring, and a pink blouse adorned with a flower.

While Cordell deemed the look “high fashion”, his fans did not agree. “Well I’m not gonna lie. This caught me completely off guard. Not what I was expecting,” one commented.  Another asked, “Wait…. he gay?”

Cordell is Snoop’s second son with his wife Shante Broadus. In 2016, the up and coming model quit playing football for UCLA’s Bruins to pursue a modelling career. He said in 2015, “I played football for my father because I thought that was the only way he would love me & be apart of my life. It took me 12 years to realize he loves Cordell Broadus the person not Cordell Broadus the football player. The best day of my life was when I heard those exact word.”

The best gift of all time. Thank you @cbroadus 😍🥰♥️ Merry Christmas 🎁🎄