"She Can Sleep On The Floor By You" 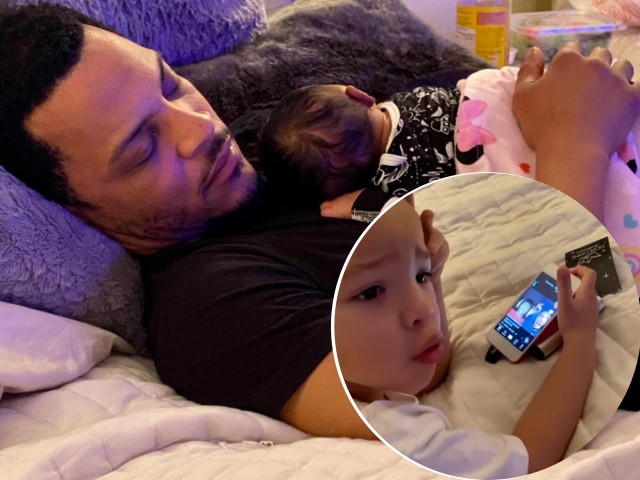 T.I. and Tiny’s daughter, Heiress, is jealous of Zonnique’s baby girl. The youngster was recently filmed while telling her mom how she felt about Zonnique’s daughter sleeping in her spot.

Tiny told her daughter that Zonnique’s baby would “sleep in the bed with us.” Heiress did not like the notion of Tiny taking her spot in the bed. She adamantly objected to Zonnique’s daughter getting the attention that once belonged to her.

“She said, ‘Look, I’m not bout to rearrange my life cause Zonnique decided to have a baby,'” one fan wrote in response to Heiress’s reaction to her niece. Another social media follower said, “They are going to be best friends when they are older.”

Zonnique and her boyfriend, Bandhunta Izzy, welcomed their daughter last month. The newest member of the family came after Zonnique and Tiny surprised T.I. during an episode of Zonnique’s Fox Soul show The Mix.

“My pops, I feel like he’s just now kind of settling into it the last couple of months,” Zonnique said of her then-pregnancy during a recent interview. “Like, when he sees me, he’s like, ‘Oh, let’s see, you’re getting bigger.'”

T.I. was recently photographed while holding Zonnique’s daughter. “[He] came right in and took over,” Tiny told her social media followers. “They slept like this all night,” the celebrity mom said of T.I. holding Zonnique’s daughter while resting. “She’s perfect in every way,” Tiny exclaimed of her granddaughter. “My baby @troubleman31 and Honey’s … Honeybun. In love.”

Zonnique’s baby girl is Tiny’s first grandchild. Heiress is the youngest child of T.I. and Tiny Harris. The celebrity couple parents seven kids in all.