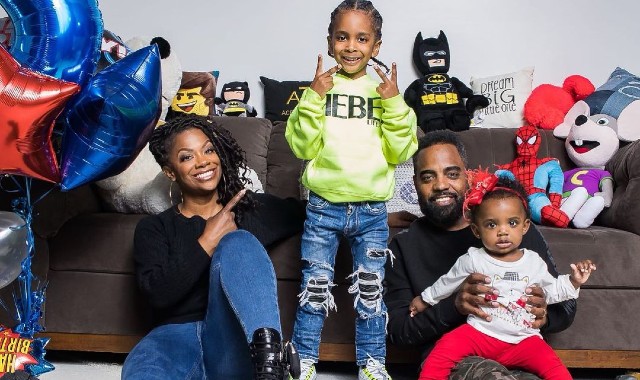 Ace Tucker is five years old today! Rhoa star Kandi Burruss took to her Instagram just moments ago to send birthday wishes to her only son.

She wrote, “It’s officially my baby boy @acetucker’s birthday!!!!! 5yrs ago he came into the world & changed everything for the better for me! He’s so smart, handsome, & the coolest personality. There’s no limit to what I see for his future. Happy birthday baby boy! Mommy loves you! Everybody give @acetucker some bday love!”

Ace has had an eventful week leading up to his special day. On Sunday, Kandi and Todd threw a Spiderverse birthday bash for little Ace. The Spider-Man themed party was attended by several reality stars as well as the Tuckers’ close family and friends.

Kandi shared photos from the event with the caption, “We entered @acetucker’s #SpiderVerse yesterday! He had too much fun!His actual fifth bday is Wednesday but we celebrated early.”

She continued, “Celebrated the coolest kid ever yesterday! #AcesSpiderVerse @acetucker’s bday is on Wednesday so I’m celebrating him everyday this week! My [heart].”

Ace Tucker is indeed a cool kid. Not only does the five year old have his own Youtube, which he launched last year, but he also has an Instagram page with close to 500,000 followers.

She wrote, “I’m so proud of my Acey Pooh! He got his first role in a movie & they had their first table read today. He’s excited & we’re excited for him! My little superstar @acetucker!”

Ace Wells Tucker is Kandi Burruss and Todd Tucker’s only son. The RHOA star and her husband recently welcomed their daughter, Blaze Tucker. Todd and Kandi parent four kids in all.