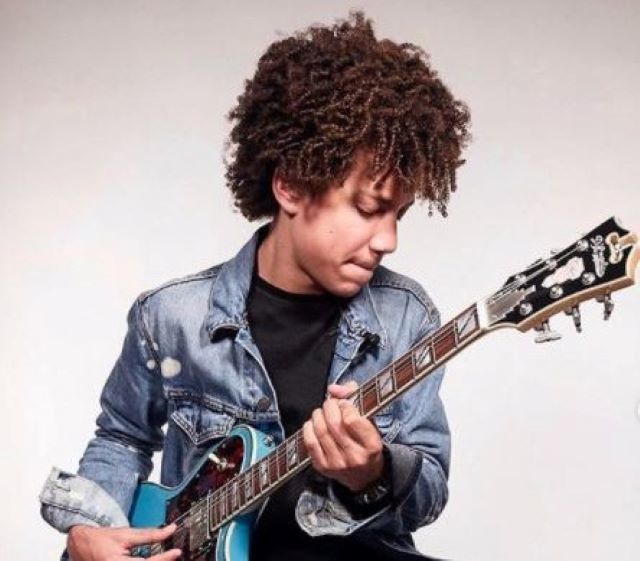 Guitarists such as Hendrix, Prince, Kravitz are some of the most revered musicians in the world. Well, 17-year-old Brandon “Taz” Niederauer is quickly becoming a guitar legend, preparing to add himself to the list of greats.

Since making his debut on The Ellen DeGeneres Show at the age of 10-years-old, Niederauer has captivated the music world, appearing on additional shows such as The Late Show with Stephen Colbert, Good Morning America, and The View to showcase his amazing talent.

A true musical prodigy, Niederauer has gained the nickname “Taz” due to his ferocious guitar skills.

Lost In Japan 🇯🇵 by @shawnmendes // (big thx to @colin.sax for getting this tune stuck in my head) // @dangelicony

So just how did it all start for the young rising star? Well, at the age of eight, Niederauer watched the movie School of Rock, although already inspired by his father’s record collection, the movie took his interest in guitar from curious thought to reality.

At the age of twelve, this talented young man was cast as guitarist Zack Mooneyham in the Tony Award-nominated Andrew Lloyd Webber Broadway production, School of Rock the Musical.

I’m honored to partner with @google as they celebrate B.B. King today with an animated #GoogleDoodle on the Google homepage! Thinking of the legend on what would have been his 94th birthday. I’m so lucky and grateful that I was able to watch him play at one of his last concerts and I’ll never forget the conversation we had that night. B.B. I will never stop learning from you! 🙌💙🎙🎸 #WorkingWithGoogle #BBKing #KingOfTheBlues #Lucille 📸 by Sidney Smith

Yet, the amazing life of Brandon “Taz” Niederauer doesn’t stop there. As recent as 2018, the teen reunited with Andrew Lloyd Webber, performing with Sarah Brightman at The Phantom of the Opera’s 30th Anniversary celebration, and after that with Sara Bareilles, Alice Cooper, and John Legend in the live NBC broadcast production of Jesus Christ Superstar.

Niederauer is currently featured in Spike Lee’s Netflix series, She’s Gotta Have It, and continues to perform concerts for audiences across the country and around the world. We have a feeling that this is just the beginning for this amazing young man and cannot wait to see what the future holds for him. With talent like his, he is unquestionably destined for greatness.