TREY SONGZ SINGS ABOUT HIS SON ON NEW ALBUM ‘BACK HOME’ 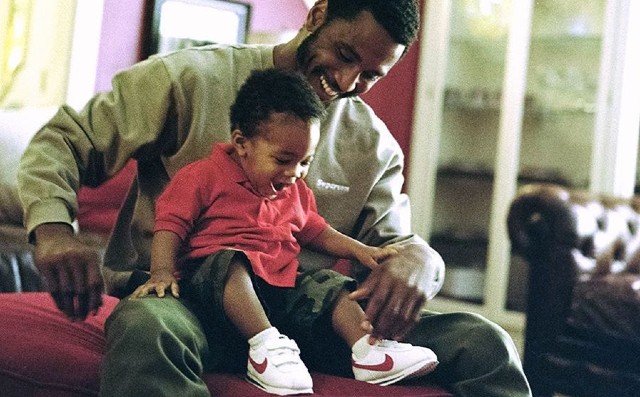 Trey Songz is heading Back Home with his new album. The singer released his eighth studio album on Friday (October 9) and promoted it with photos of his 1-year-old son Noah Neverson as he counted down the days until its release.

Back Home is the follow-up to Trey Songz’s 2017 album Tremaine the Album. Back Home features an extensive tracklist of 22 songs, with the last couple of songs, “Noah Love” and “I Know A Love”, being dedicated to his baby boy, whom he shares with Caro Colon. Trey also makes sure to give writing credit to his son for every single track on his new album. The album also features fellow singer Summer Walker on “Back Home“, the title track, along with rappers Ty Dolla $ign, Davido, and Swae Lee. Ahead of his album’s release, Trey Songz released music videos for three of the album’s hit singles, “Two Ways,” “Circles,” and his hard-hitting anthem about racial injustice in America, “2020 Riots: How Many Times.”

Trey Songz says of Back Home, “I wanna make the kind of R&B that inspired me to sing. The songs that make you love, the ones that make cry and the ones that make you smile, laugh and dance,” stated Trey. “Music is the soundtrack that plays while we live our lives, and I wanna be there for my fans while they are living through this truly special time that we’ll never forget. I say I’m Back Home because the music feels that way. I hope you feel the same.”

While waiting for his new album to drop, Trey Songz revealed in a short video on Instagram that he had unfortunately tested positive for COVID-19, but assured his fans that he was “taking it seriously.” He captioned the post: “Down but not out! Stay safe y’all! Wear your mask. Wash your hands. 🙏🏿.”

“Here with a very important message to let you know that I tested positive for COVID-19. I’ve taken many tests as I’ve been out protesting, food drives, of course, I have a very young son at home, so I get tested periodically and this time unfortunately it came back positive,” said Trey. “I will be taking it seriously, I will be self-quarantining. I will be in my house until I see a negative sign.”

Trey Songz also warned his fans to take precautions if they get exposed to coronavirus and not to follow President Donald Trump’s example, who downplayed coronavirus even after he was afflicted by it himself. “I’ve always taken it serious and if you come in contact with COVID, please do the same. Please do the same. Don’t be like the President,” says Trey. “Much love and peace, y’all. I thank you in advance for your support, your love.”