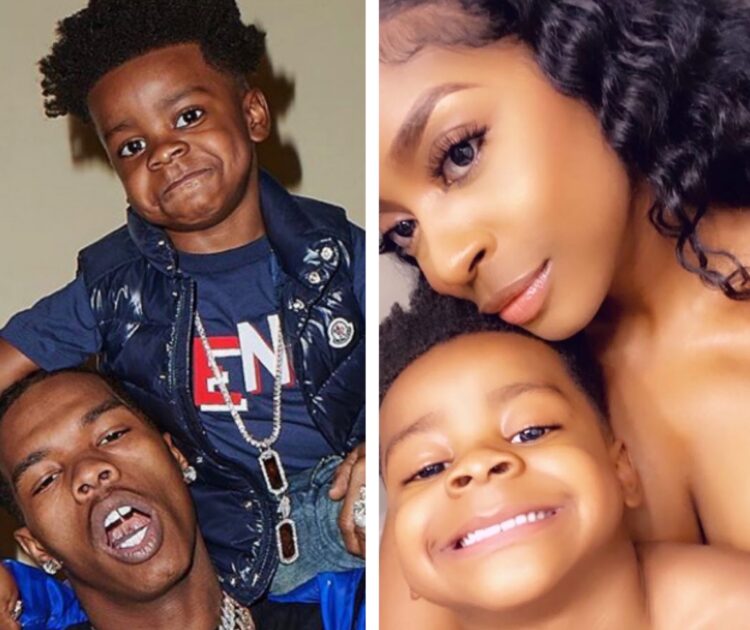 Lil Baby and his baby mama, Ayesha, are locked in a bitter custody over their five-year-old son Jason. The rapper has asked a judge for primary physical custody and joint legal custody of the preschooler:

The Boss And One Of The Under Bosses 💪🏾 @1_jasonarmani

Here’s what’s up — the rapper has been going back and forth with Ayesha Howard for weeks after she accused him of failing to pay for their son Jason’s schooling, which she says resulted in the boy being kicked out.

Ayesha then filed legal docs — obtained by TMZ — seeking a declaration of paternity and child support from Lil Baby, claiming he has a net worth in excess of $4 million … which includes money he makes on various endorsement deals. She says one of these deals involves the use of a photo of their son.(Source)

Ayesha claims Lil Baby is only now asking for primary custody “in a retaliatory fashion and in an attempt to punish, harass, threaten and intimidate.”

She says that Jason has been under her care and custody since his birth and all she is looking for is some financial assistance as she only makes less than $25k per year.

In response, Lil Baby claims that he already covers “all expenses for the care, support and maintenance” of their son.