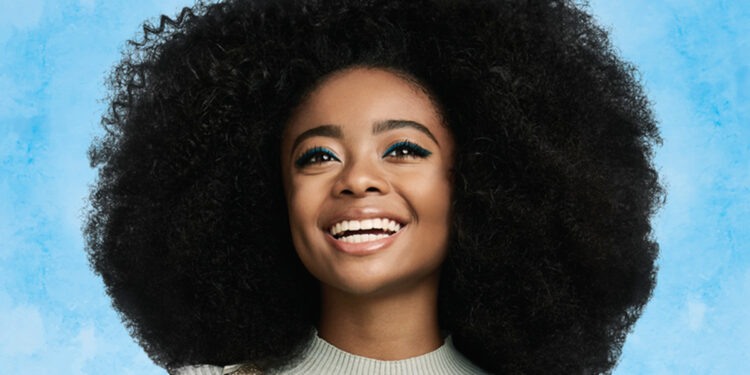 Dancing with the Stars (DWTS) recently revealed its Season 29 cast, and joining them is actress Skai Jackson.

Like many famous actors and musicians, 18-year-old Skai Jackson got her start with Disney, playing Zuri Ross on Disney’s Jessie and its spinoff Bunk’d. She has also appeared on Disney’s K.C. Undercover alongside actress Zendaya (who also appeared on DWTS), Austin & Ally, and Good Luck Charlie.

What goes around, comes back around

Skai Jackson was on TIME‘s 30 Most Influential Teens of 2016 list, which she shared with stars such as Malia and Sasha Obama, Yara Shahidi, Shawn Mendes, Maisie Williams, Simone Biles, and Kylie Jenner. In 2019, Skai released her first book, Reach for the Skai: How to Inspire, Empower, and Clapback.

Besides acting, Skai is also a passionate activist; fighting for racial justice and most notably, against cyberbullying. She uses her platform to expose racists on social media and has even invoked consequences for their hateful behavior. “People go through these struggles every day in life, and for me, it’s kinda like my duty with the big platform that I have, to use it for good,” says Skai. A real-life defender of justice, it is quite fitting that Skai was the inspiration for Marvel superhero Riri Williams, better known as Ironheart.

Riri Williams was based on the beautiful young actress @skaijackson pic.twitter.com/tuQ7f8Td4m

At her age, Skai Jackson has had an excellent career so far and is looking to add to it with DWTS as the youngest contestant this season. She is joining a star-studded cast that includes rapper Nelly, AJ McLean of the Backstreet Boys, former NBA star Charles Oakley, former NFL star and Super Bowl champion Vernon Davis, former Olympic figure skater Johnny Weir, actor Jesse Metcalfe and Carole Baskin of Netflix’s Tiger King.

Hosted by legendary model Tyra Banks, this season of DWTS is sure to thrill fans everywhere. Dancing with the Stars returns on September 14 at 8/7c on ABC.

Introducing your #DWTS 2020 Cast 🎉 Join us LIVE in the ballroom September 14 at 8|7c on ABC. pic.twitter.com/HvbdQemIPa