Home » NEWS » SKAI JACKSON ON EXPOSING RACISTS: ‘IT’S MY DUTY TO USE MY PLATFORM FOR GOOD’

SKAI JACKSON ON EXPOSING RACISTS: ‘IT’S MY DUTY TO USE MY PLATFORM FOR GOOD’ 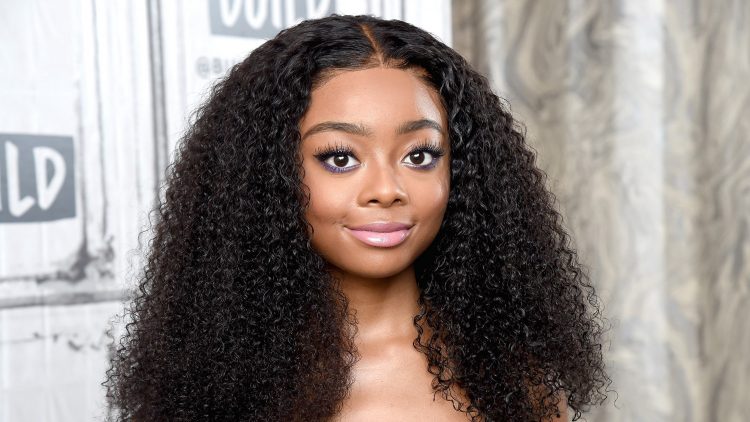 Celebrities often get called out when they don’t use their platform to draw attention to social issues, but actress Skai Jackson uses her platform to do some calling out of her own: exposing racists on social media.

Amid the anti-police brutality and systemic racism protests that have spread around the nation following the murder of Minnesota resident George Floyd at the hands of Minneapolis police on May 25, Skai Jackson is doing her part to fight racism. The 18-year-old actress receives direct messages (DMs) from her fans who have been victimized by racists online, and she then posts the receipts on her social media to “expose” hateful behavior. Jackson even receives DMs from celebrities and influencers who are fearful about calling out racist behavior themselves.

Repost from @kiyacole • #fbf Whatever happened to my Sweet Brown T-shirt? swipe 😆

“I would always just get DMs from my fans, because people know I’m an advocate for anti-bullying. So I would always just look at my messages and see a bunch of my fans saying, ‘Look at what this person said to me, I don’t know how to deal with this,'” said Jackson. “The more I saw it, it became 20 in a day, I was like, you know what? No! I’m gonna speak out about it, ’cause I think it’s really important. People go through these struggles every day in life, and for me, it’s kinda like my duty with the big platform that I have, to use it for good.”

Stepped out on the patio for some fresh air. And to take this photo 😊

Not only does Skai Jackson share screenshots of racist comments on her page, she also shares the names of the racist bullies and even tags their schools and workplaces to invoke consequences for their terrible behavior. However, Jackson makes sure to only act upon legitimate examples of racist behavior and absolutely refuses to expose private information. “I’m not exposing anything that’s private — that’s one thing I won’t do,” says Jackson.

To Skai Jackson’s credit, her crusade to expose racists has actually led to consequences for some people. For instance, actor Hartley Sawyer, who plays Elongated Man on CW’s The Flash, was recently fired from his role after Jackson exposed some of his past racist and misogynistic tweets. “What he was saying… was just utterly disgusting,” said Jackson. “So, verified or not? I’m gonna say what I have to say and I mean, he got fired. That sucks, but he’s grown. He’s old enough to know that those things that you say, those homophobic slurs, those racists slurs, are just not OK. They’re not OK, period.”

Cry me a river! #BlackLivesMatter ✊🏽✊🏾✊🏿 #FightRacism

Cardi B, Offset, and their daughter, Kulture Cephus, gave fans an exciting adventure at the...

Tia Mowry continues to be an advocate for those living with endometriosis. The Family Reunion...

Dwyane Wade's son, Zaire Wade, is not happy about the things revealed in IMDB's latest...

LIL SCRAPPY AND WIFE BAMBI ARE EXPECTING THEIR THIRD CHILD TOGETHER