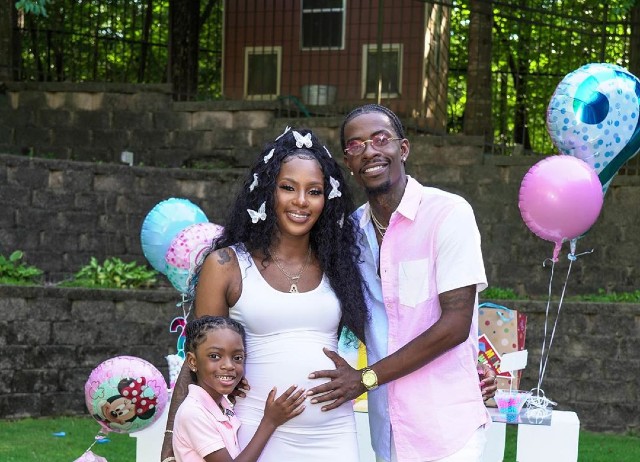 Rapper Rich Homie Quan and his girlfriend, Amber “Rella” Williams, had a gender reveal party this week and are expecting a baby boy. The celebrity couple shared pictures from the family event with Instagram fans.

“Unity,” Amber shared on her social media page. The expectant makeup artist also uploaded a picture of herself surrounded by family at the gender reveal bash. “Beautiful family,” one fan said. “Congratulations,” wrote several others.

Rich Homie Quan and Amber Williams will welcome their baby boy in the coming months. The little one will join the couple’s son, Royal Lamar, and Rich Homie’s two sons from previous relations, Devin and Khosen, at home.

It was just a few months ago that Rich Homie and Amber Williams went through legal proceedings that formally established him as their son’s father. According to The Blast,

The order states that Royal Rich Williams is now legally considered the rapper’s son and his last name will be changed to Lamar.”

Royal lived with his mom as the primary caregiver until 2015, when the youngster’s parents decided to build a relationship together. Rich Homie was not ordered to pay child support since he and Amber live under the same roof.

Betta let them know that i WILL NOT play bout you….🤞🏽 CC 📸: Zaddy ‘@fashionnova #NovBabe

BRANDY SAYS HER DAUGHTER SAVED HER FROM DEPRESSION