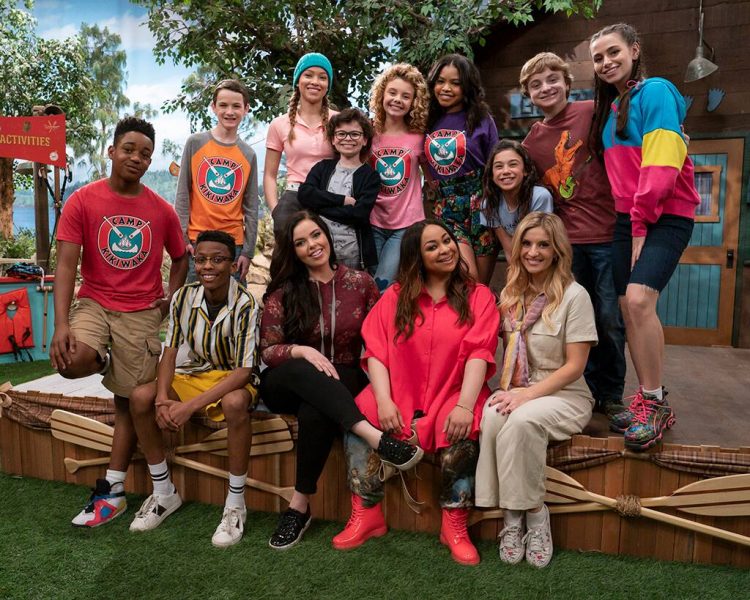 Remember last month when we teased the Raven’s Home/Bunk’d crossover? Well, the wait is over! The Disney Channel will continue its crossover tradition as the special will air tomorrow, Friday, July 24th, with the premiere of Raven About Bunk’d! And of course, fans are not only happy to see the show, they are geared up to hear the new Disney anthem, “We Own Summer,” by Milo Manheim, featured in the episode.

“We’ve had great success with crossovers through the years, going all the way back to our very first one, That’s So Suite Life of Hannah Montana,” Kory Lunsford, vice president of current series at Disney Channels, said in a statement. “We‘re excited to bring this latest special to our fans and we can’t wait for them to see these two amazingly talented and diverse casts come together for an hour of summer Camp Kikiwaka fun.”

The hour-long event, Raven, Chelsea, Booker, Nia, Levi and Tess all head out together for a long road trip to Maine’s Camp Champion, but because of a a GPS glitch, the group gets off track and ends up headed to Camp Kikiwaka, “a place with an uncertain future even for those who can catch a glimpse of the future,” Disney said in a release.

As Raven and Chelsea hunt for tasty Maine lobster, the rest of the kids try out their hand at making arts and crafts, in addition to developing some serious engineering feats. And of course, it wouldn’t be a Bunk’d episode without a visit to find the camp’s infamous “Snipe” in Moose Rump’s Forbidden Forest.

The adventurous episode will also include celebrity piglets, hidden tunnels and a musical performance, as the Raven’s Home cast builds a friendship with the campers Lou, Noah, Ava, Destiny, Gwen, Finn and Matteo.

Raven About Bunk’d premieres Friday, July 24 at 8 p.m. on Disney Channel and DisneyNOW.

HOLLY ROBINSON PEETE ON TEACHING HER KIDS HOW TO INTERACT WITH POLICE: 'I WORRY EVERY DAY'

HOLLY ROBINSON PEETE ON TEACHING HER KIDS HOW TO INTERACT WITH POLICE: 'I WORRY EVERY DAY'