Home » NEWS » HOLLY ROBINSON PEETE ON TEACHING HER KIDS HOW TO INTERACT WITH POLICE: ‘I WORRY EVERY DAY’

HOLLY ROBINSON PEETE ON TEACHING HER KIDS HOW TO INTERACT WITH POLICE: ‘I WORRY EVERY DAY’ 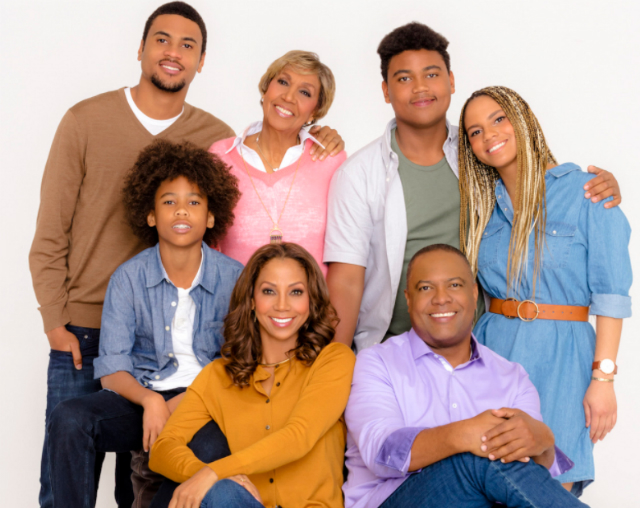 Since Minnesota resident George Floyd was murdered by police on May 25, and the subsequent Black Lives Matter protests nationwide, Black parents like actress Holly Robinson Peete educating their kids on racism and how to behave around police is more important than ever.

Holly Robinson Peete has four children with her husband, former NFL player Rodney Peete: 22-year-old twins Ryan and Rodney “RJ” Peete Jr., 17-year-old Robinson, and 15-year old Roman Peete. In a recent interview with ET, Holly Robinson Peete explained that she fears for her kids around police due to their skin color, so she makes every effort to ensure her children know how to act and what to say when being stopped by police. Holly Robinson Peete has even had police officers visit her house and roleplay scenarios in which her kids get pulled over to prepare them.

“As a Black mom of four, this isn’t my first rodeo. This George Floyd thing was horrendous. As a mom of kids that are Black, I worry about this stuff every single day,” says Peete. “I’ve said, ‘Don’t talk back, put your hands where they can be seen, start your phone, always record it, ask a cop if their body cam is on, make sure their body cam is on,’” she continued. “But this is a lot to ask of a child. If you’re being stopped, it’s scary. Your heart starts pounding, you start panicking, and that’s usually when bad things happen. So, we’ve had former policemen come over to our house and talk to our kids and actually roleplay and do things like that.”

Holly Robinson Peete didn’t hesitate to mention that compliance doesn’t guarantee safety, citing George Floyd in a conversation she had with her son. “My son said to me the other day, ‘Mom, I thought you said if I comply, everything will be OK. George Floyd complied and he died,’” recalled Peete. “So, then I’m like, ‘Back to the drawing board again.’”