"The Best Thing That Ever Happened To Me" 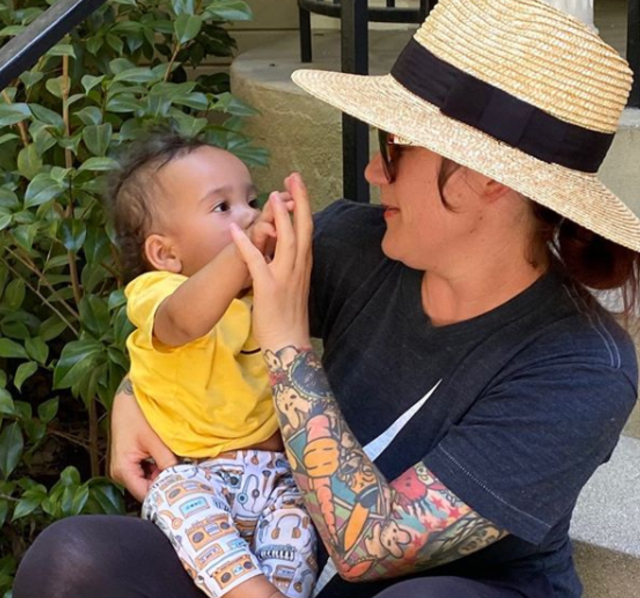 “My son is one year old today,” Kate exclaimed online. “You’re the best thing that ever happened to me,” Gammell wrote to her son.

Jordan had a custom made cake to himself in celebration of his first birthday and the artist Blackat who supported Kate throughout her pregnancy. “A friend of mine, Blackat @blackatpro, (his artist name) designed this image shortly before Jordan was born,” Gammell told her Instagram fans.

“I decided to put this image on the cake because Blackcat, (I knew him by Clyde) supported me throughout my pregnancy and designed this logo for Jordan. Clyde is no longer with us and I felt it would be a tribute to him to place his image on my son’s cake. I will tell Jordan about him one day.”

It was just a few months ago that Jordan was introduced to the world by his mom. Kate took to Instagram in a transparent post in which she revealed Flavor Flav as her son’s father.

“Jordan is Flavor’s son,” Gammell revealed. “I used to manage Flav but no longer do due to the obvious reason,” Kate continued. “I bought tons of merchandise when I was his manager and now I need money for my son’s everyday needs because I am not getting any child support, so decided to pull out all the merch and sell it to you. It is being sold at a discount rate.”

Some have criticized Kate Gammell for revealing Flavor Flav as her son’s father while also telling fans that the celebrity father did not pay child support. The new mom, however, made it abundantly clear that her only concern was providing for her son.