CHARLIZE THERON HAS ‘HONEST’ CONVERSATION WITH HER KIDS ABOUT RACISM 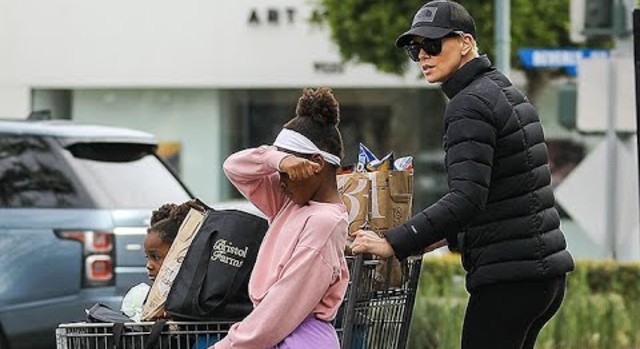 Like many parents of Black children, actress Charlize Theron has had difficult conversations with her children about racism.

The Oscar-winning actress is a proud mother to her two adopted Black daughters, 8-year-old Jackson (who Charlize revealed is transgender in 2019) and 4-year-old August Theron. During a recent appearance on The Tonight Show Starring Jimmy Fallon, Theron opened up about how she discusses racism and police brutality with her girls. Theron says it is “important” to tell her kids “the truth,” especially since the May 25 death of Minnesota resident George Floyd who was murdered by police, which has since sparked Black Lives Matter protests against police brutality and systemic racism nationwide.

“The day I became a parent, I just vowed that I would always tell them the truth, in a way that they could handle. I feel like this is such an important moment for them, for all of us. And, you know, they have an awareness. I think we forget how aware sometimes our kids are,” said Theron.

“I wanted them to know what this was all about, what happened to George Floyd, and to so many other Black bodies that have died from this violence. I wanted them to have an awareness of how unfair and how unjust all of this is,” she continued. “I know that there’s a part in telling them some of that ugliness about the world that would make them grow up a little bit faster than they should have or would have normally during this period, but I think this is too important of a moment to not be completely transparent.”

Charlize Theron said that her girls “handled it really well,” but admitted it was “heartbreaking” at first. “They couldn’t understand that people would let something like that happen,” said Theron. Since then, Theron says her children have become “very active in protesting and wanting to make signs,” and is proud of how her girls have grown. “They’ve become little warriors in their own right,” says Theron. “I can take no credit for it.”