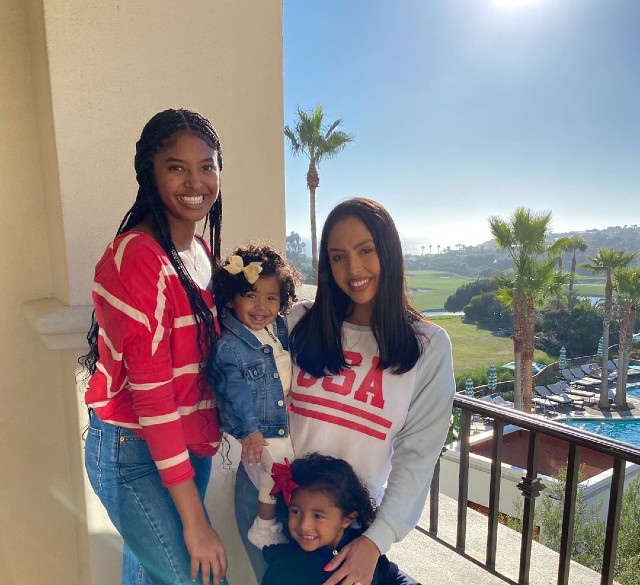 Vanessa Bryant, widow to the late NBA legend Kobe Bryant, and their 17-year-old daughter Natalia Bryant, recently did a photoshoot with photographer Brian Bowen Smith. The black-and-white photos capture the mother-daughter pair in all their beauty.

The pair posted their photos to their respective Instagram accounts (Vanessa’s account is private), and Vanessa wrote in the captions of one of the photos: “Two things in life change you, and you are NEVER the same- Love and Grief. Thx for capturing this candid @brianbowensmith.” In the caption of another photo, Vanessa wrote: “My twin- but she looks so much like her daddy in this pic.”

Thank you so much @brianbowensmith !

On her Instagram, Natalia Bryant posted a stunning photo of herself and Vanessa and captioned it: “Momma and me @vanessabryant ❤️ Thank you @brianbowensmith.” Natalia also has two black-and-white photos of herself; one of them shows her entire smiling face, while the other stunning photo has her hair covering the left side of her face.  Many fans praised Natalia in the comments, noting the resemblance that Natalia has to her dearly departed father. She thanks Brian Bowen Smith for his excellent work in the captions, and he replied in the comments, “So honored.”

Vanessa and Natalia, along with daughters 3-year-old Bianka and Capri Bryant (who recently turned 1), also showed off their 4th of July spirit by wearing red, white, and blue outfits and joining together for an adorable family photo in the summer sunlight. Vanessa’s shirt even read “U.S.A.”

Their photos come almost six months after Kobe and Gianna Bryant, along with Alyssa, John and Keri Altobelli, Payton and Sarah Chester, Christina Mauser, and pilot Ara Zobayan were tragically killed in a helicopter crash on January 26, 2020. Gianna was 13 and Kobe was 41 when they passed. Gianna and Kobe are survived by Vanessa and daughters Natalia, Bianka, and Capri Bryant.

Happy Father’s Day to the best dad in the world. I love you❤️ Always, Nani