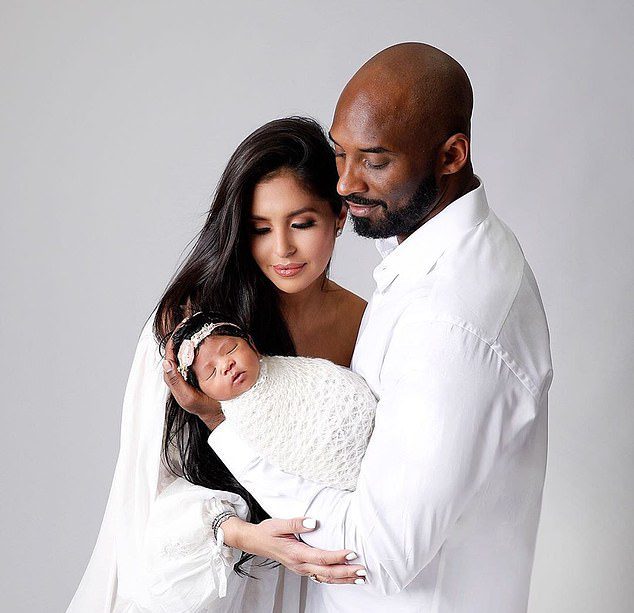 On her now-private Instagram, Vanessa Bryant paid tribute to baby Capri by posting a picture of herself and her late husband cradling Capri, and in the caption Vanessa wrote: “Happy 1st Birthday Capri! Mommy, Daddy, Nani, Gigi and BB love you SO much!!!” God Bless you sweet princess. ❤️ Capri Kobe Bryant a.k.a. ‘Koko-Bean’ named after her dearly missed daddy, Kobe Bean Bryant ❤️. We miss you SO much Gigi and Daddy.” Of course, Vanessa Bryant didn’t leave out her other daughters, 17-year-old Natalia and 3-year Bianka Bryant, as they joined Capri and Vanessa for an adorable family photo in pink outfits. Vanessa also posted a picture of little Capri wearing a pink princess dress and sitting in front of her festive birthday cake, which was shaped like the Tokyo Disney castle.

Vanessa explained the story of how Capri’s cake was part of their sweet family tradition in the caption. “Happy 1st birthday Capri! We love you so much mamacita,” wrote Vanessa. “Natalia had the original Disneyland castle, Gianna had the Walt Disney World castle, Bianka had Disney Paris and Capri has the Tokyo Disney Castle cake. We love you Koko-Bean!” For Father’s Day on June 21, the day right after Capri’s birthday, Vanessa Bryant honored her late husband by posting to Instagram a beautiful picture of Kobe smiling along with his four daughters: Natalia, the late Gianna, Bianka and Capri. In the caption, Vanessa wrote: “Happy Father’s Day to the BEST daddy in the world. We miss you so much. We love you forever and always. Love, Nani, Gigi, BB, Koko and VB ❤️😘 @KobeBryant #BestoftheBest #GirlDad ❤️.”

The bittersweet celebrations come almost six months after Kobe and Gianna Bryant, along with Alyssa, John and Keri Altobelli, Payton and Sarah Chester, Christina Mauser and pilot Ara Zobayan were tragically killed in a helicopter crash on January 26, 2020. Gianna was 13 and Kobe was 41 when they passed. Gianna and Kobe are survived by Vanessa and daughters Natalia, Bianka and Capri Bryant.