Home » NEWS » ARE NICK CANNON AND BRITTANY BELL EXPECTING THEIR SECOND CHILD TOGETHER? 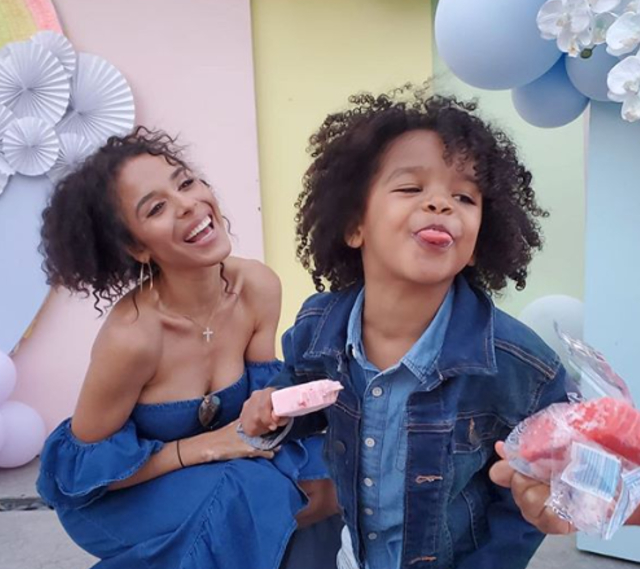 Are Nick Cannon and Brittany Bell expecting their second child together? All evidence points to yes! The celebrity father’s son, Golden Cannon, shared the exciting news of his mom’s pregnancy this past weekend.

Golden wore a costume fit for a superhero as he ran around the yard while shouting, “I’m a big brother!” Dozens took to Instagram to celebrate Nick and Brittany’s growing family.

Golden is Nick Cannon and Brittan Bell’s only child together. Some believe Bell is currently pregnant with Cannon’s child despite the couple allegedly calling it quits several years ago because of Brittany’s response to congratulatory comments regarding her expectancy. Bell even liked a response to her pregnancy that read, “Congrats to you Brittany, Nick, and big bro Golden!”

It would not be too far-fetched to believe that Nick Cannon and Brittany Bell are expecting another child together. Cannon did, after all, express his desire to have more kids during a recent interview with Wendy Williams. The celebrity father did not, however, express a desire to explore marriage for a second time.

“I said I’m working on myself so therefore I don’t wanna disappoint anybody and I don’t wanna be responsible for anyone else’s happiness – especially,” Nick revealed. “I’m a work in progress so I feel like I tried marriage and I feel like now I’m kinda like damaged goods so I’m just trying to figure it out.”

Nick Cannon has yet to officially confirm, or deny, his expectancy with Brittany Bell. The celebrity father also has two children, Monroe and Moroccan, with his ex-wife, Mariah Carey. Stay tuned for more celebrity pregnancy news!

SAINT WEST THINKS HIS MOM, KIM KARDASHIAN, IS ONLY 11-YEARS-OLD

SHAQ AND SHAUNIE O'NEAL'S DAUGHTERS CELEBRATE AT THEIR QUARANTINE GRADUATION

SHAQ AND SHAUNIE O'NEAL'S DAUGHTERS CELEBRATE AT THEIR QUARANTINE GRADUATION