NICK CANNON SAYS THAT HIS ‘KIDS FEAR THE POLICE’ 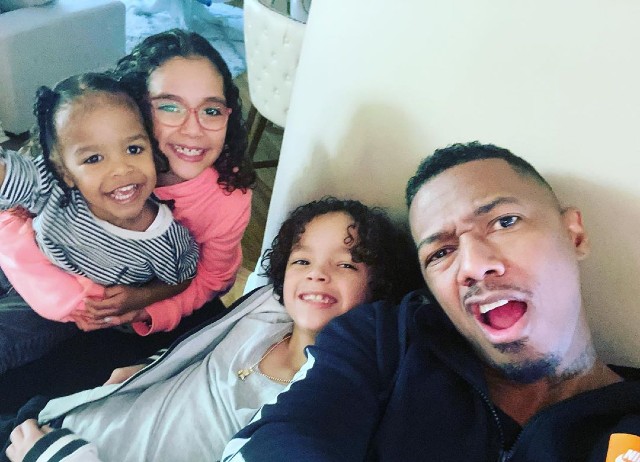 In the wake of the nationwide anti-police brutality protests following George Floyd’s murder at the hands of Minnesota police, actor/rapper Nick Cannon recently opened up on the conversations about police that he has with his three kids, saying that his children fear police officers.

Nick Cannon shares two children with his ex-wife, singer Mariah Carey: 9-year-old twins Moroccan and Monroe and had 3-year-old Golden with his ex-girlfriend Brittany Bell, and all of them are “scared” of police. “My children fear police,” Cannon said during a recent interview with Access. “I try to teach fearlessness. I try to teach, ‘You have a power within you that you need to fear nothing.’ But when they see the energy of law enforcement [it’s like], ‘Uh oh, here comes the police.'”

“So that mindset of, ‘Sit up straight and don’t talk, keep your hands where they can see them’ — these are things that I’m talking to a 3-year-old about [and] 9-year-olds about; they bring those questions to me,” says Cannon. Growing up, Cannon’s family “was afraid to call the police” and that fear was “part of [their] culture.” As a parent himself, Cannon makes sure to pass those lessons onto his children, even if it is painful. “It’s something that’s hurtful to have that conversation with your children, but you want to protect them at the end of the day.”

On May 25, Black Minnesota resident George Floyd was viciously murdered by Minneapolis police officers. Four officers were fired for killing Floyd. The former officer who was videotaped pressing his knee into Floyd’s neck has since been charged with murder and manslaughter, along with the other three former offers.

In the days following Floyd’s death, protests against police brutality and systemic racism have spread across the nation and the world. Nick Cannon recently traveled to Minneapolis, Minnesota to join a protest, calling for justice for George Floyd and an end to police brutality. “What we need is a new normal, a new paradigm. I want us to focus on our humanity and dismantling racist systems that we don’t need that perpetuate crimes of inequality and oppress communities of color all over our country. We have to dismantle all of those systems that this country was built on,” says Cannon.

Nick Cannon also recently released a powerful spoken word video called “I Can’t Breathe… Again!” The intense black-and-white video contains many raw images of police brutality and racial violence throughout history, while Cannon delivers emotionally charged bars about the evils of police brutality and racism. “You may have took my last breath/ But you’ll never colonize my Spirit/ Standing there watching while I die/ I can’t breathe and you still can’t hear it!” raps Cannon.