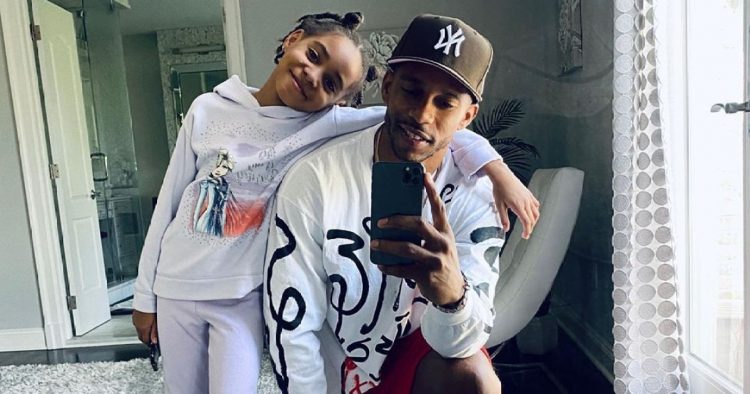 Former NFL star Victor Cruz revealed that he had to have the “difficult” conversation about police brutality and racism with his 8-year-old daughter Kennedy Cruz.

In a recent Instagram post, Victor Cruz posted a picture of a girl holding a “Black Lives Matter” sign. In the caption, the Super Bowl champion described how he explained racism to his daughter, who he shares with his ex-fiancee Elaina Watley. “I had the most difficult conversation with my daughter about the color of her skin last night,” wrote Cruz. “How there are people in this world that will dislike you solely because of your race and background. Without ever knowing your story or struggles. Could tell she was a bit confused at first but she nodded in agreement right before falling asleep. I nodded in sadness as she slept. This is America.”

Victor Cruz would later elaborate on the tough conversation about racism he had with Kennedy on Us Weekly, saying that he had to speak to her as if she was one of his friends to make sure she understood. “I had to talk to her as if I was talking to my friend… so that she’s not shocked by anything when she gets older and she can psychologically prepare herself for the things that she may face throughout her lifetime,” said Cruz.

On May 25, George Floyd, a Black Minnesota resident, was viciously murdered by Minneapolis Police officers after an officer knelt on his neck for almost nine minutes, ignoring his repeated statements that he couldn’t breathe. Four officers were fired, and the former officer who was filmed kneeling on Floyd’s neck, along with the other former officers, have been charged with murder and manslaughter. Floyd’s death has since sparked protests against police brutality and systemic racism nationwide and around the world.

Many Black parents like Victor Cruz, have used this time to remind their children about how to interact with police and to educate them on racism in America. “You never want to have that conversation,” says Cruz. “I shouldn’t be having this conversation, but the best part of it was that I was able to give a direct correlation to what I was saying.”