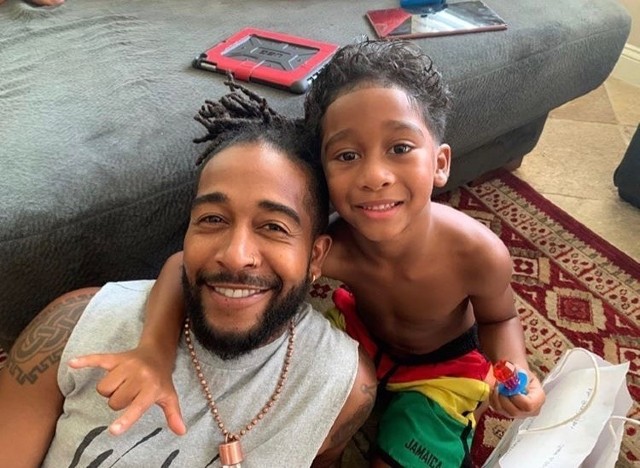 Omarion and Apryl Jones came together for a special occasion earlier this week. The former Love and Hip Hop: Hollywood (LHHH) couple joined forces to support their son, Megaa Grandberry, who got his first haircut.

Apryl appeared to shed tears as her son’s hair was cut for the first time. “Are those tears,” one family friend asked the celebrity mom. “I think so,” Apryl replied before shielding her face from the camera. Megaa’s final haircut further solidified fans’ belief that the youngster looks just like his dad. What do you think?

Apryl Jones and Omarion have not always had harmony. In fact, it was just a few weeks ago that Apryl accused Omarion of ending their relationship without an explanation as to why he was walking away.

“I was in a really terrible space 2016, where I had just had my second child, and my son was only one at the time, and I was going through a terrible breakup with their father.” Apryl shared with the press. “He decided to leave without explanation and I was forced to have to pick up the pieces of my life,” the celebrity mom said of her children’s father.

Apryl Jones was able to pick up the pieces of her life and now has a wine brand. “I came up with the name A’mei La Vie because while being in such a terrible space, I just told myself all I want is a beautiful life,” the LHHH star said.