Home » NEWS » CHRISTINA MILIAN ON PARENTING DURING COVID-19: ‘IT’S A BLESSING IN DISGUISE’

CHRISTINA MILIAN ON PARENTING DURING COVID-19: ‘IT’S A BLESSING IN DISGUISE’ 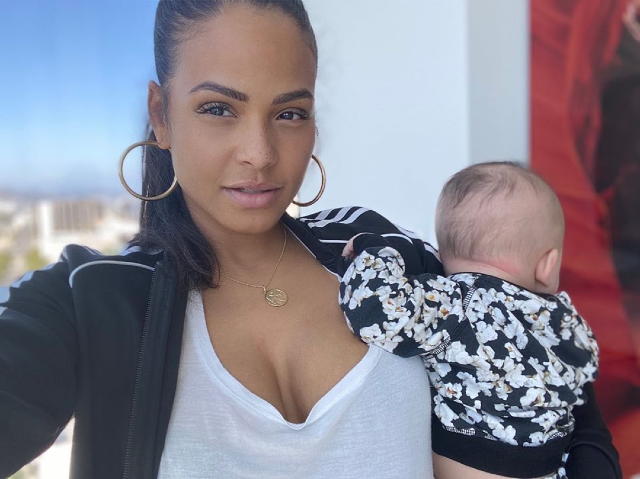 The coronavirus pandemic has made life difficult for many people, but for actress and proud mother Christina Milian, it’s a “blessing in disguise.”

Christina Milian and her boyfriend Matt Pokora share their 4-month-old son Isaiah, and Milian also has a 10-year-old daughter, Violet Madison, with her ex-husband, singer The-Dream. During an interview with PEOPLE, Milian spoke on how she enjoys the extra family time the coronavirus quarantine has afforded her.

“I’m super happy. I have a really happy baby. And honestly, with all this stuff going on, it kind of was a blessing in disguise to be able to spend so much time together and to not be forced to rush right back to work. It’s been nice to just be home and be with my daughter and have this bonding experience,” says Milian. “Hopefully this is a once-in-a-lifetime thing that’s happening [and] not something that will happen often. But whatever the case may be, I’m an optimistic person — I look at the positivity in it all.”

Like other celebrity moms, Christina Milian has been homeschooling her daughter Violet since the pandemic has forced schools nationwide to close. “I thought it would go better than what it is,” says Milian. “I’m actually having a great time working with her and going over her school stuff. I think the parents all think we’re doing a good enough job, but then you almost take it personally if she’s not getting straight As because you’re like, ‘Wait, hold on, I’m helping you do all of this.'”

Aside from schoolwork, Violet also helps her mother film her Facebook series “What Happens at Home with Christina Milian” and has even outshined her on a few episodes. Milian even jokes that Violet needs her own show. “She’s just a light bulb — when she turns on, she turns on. She’s so funny,” says Milian. “She’s got a lot of facial expressions and hand motions and things that sometimes I’m like, ‘Where did this character come from?’ But I love that she can really express herself and has fun, and doesn’t feel uncomfortable.”