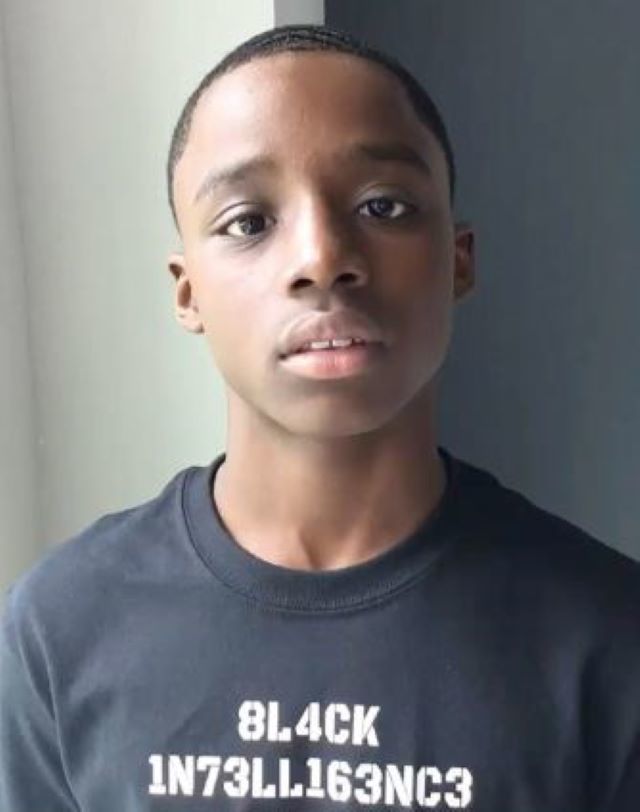 If his face seems familiar, you may have seen him on season 4 of NBC’s Little Big Shots. The song is an unfortunate reality in which Bryant and thousands of other black men and women live on a daily basis.

“I’m a young black man, doin’ all that I can to stand,” sings Bryant in the video. “Oh, but when I look around and I see what’s being done to my kind every day, I’m being hunted as prey.”

The lyrics to the song were written by Byran’ts mom, Johnnetta Bryant, in light of recent events. “It’s impossible to ignore what we as black people are up against, daily,” Bryant’s mom told Good Morning America via email.

Protests are continuing to erupt not only in Minneapolis, but across the country, as people are calling for justice and the arrest of the four police officers as a result of Floyd’s death.

The young singer from Jacksonville, FL has not only garnered the attention of the world with his moving song, but he is also receiving praise and video shares from other big-named celebrities in addition to NBA super star LeBron James.

Have a focused day people

“May God protect me”, sings @keedronbryant. Please God protect him. And please, lead us out of these troubled waters. 💔 #GeorgeFloyd #JusticeForGeorgeFloyd 🙏🏼

Bryant’s video has garnered over 1.4 million views on Instagram and numbers continue to grow. In the wake of the young man’s instafame, he simply wrote on his post, “Just singing what’s on my heart…hope this blesses someone.”

Fourty-six-year-old George Floyd, originally from Houston, TX, died in police custody in Minnesota. Video shows the harrowing death of Floyd as a Minneapolis police officer was seen kneeling on the back of his head and neck for several minutes.

CHRISTINA MILIAN ON PARENTING DURING COVID-19: 'IT'S A BLESSING IN DISGUISE'

CHRISTINA MILIAN ON PARENTING DURING COVID-19: 'IT'S A BLESSING IN DISGUISE'