"Hair Color And All" 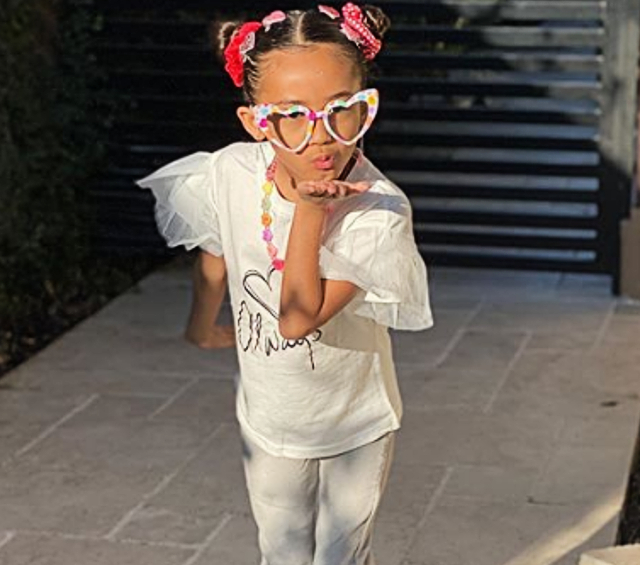 Chris Brown is a doting dad. The celebrity father continues to share pictures of his son, Aeko, and daughter, Royalty, despite the negative comments that some trolls share.

One candid showed Chris and Royalty spending the night out at what could have been one of his concerts. “Boss lady,” Chris told his fans. Royalty smiled wide for the camera while hanging with her dad.

Another picture of the celebrity father’s kids showed Chris Brown’s son. Aeko was fully engaged while playing with a member of the family.

Chris has turned off the comments section for all posts related to his children because of the negative comments that have come regarding his son. Some trolls have accused Aeko’s mom of using Chris Brown’s name for financial gain. Such critics do not believe that Chris is Aeko Brown’s father.

“He’s not looking like him,” one critic said after seeing pictures of Aeko online a few weeks back. “He’s just an Asian boy nothing more,” the social media follower added. “I love babies, and God forgive me, but he’s not that cute.”

Many Twitter fans came to Chris Brown and his son’s defense. “I’m disgusted and disappointed by the comments of so many (fake) Team Breezy today,” one fan tweeted. “Y’all going out of your way to disrespect Chris Brown’s girlfriend, Ammika, the mother of his son, for what? How is them having a kid affecting you personally,” the social media follower asked.

Regardless of the criticism that comes his way, Chris Brown continues to delight in fatherhood. Stay tuned for more celebrity dad news!

TWITTER: 'WHERE IS ZION/ZAYA'S BIRTH MOM, SIOHVAUGHN FUNCHES, IN ALL THIS?'