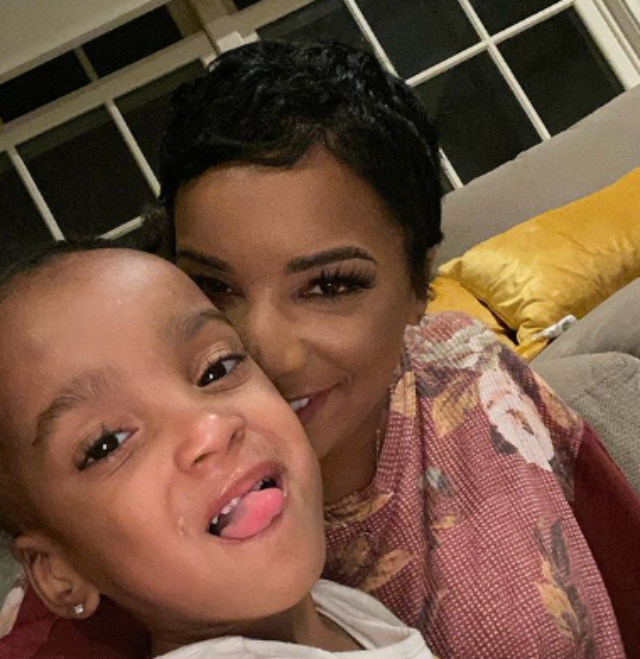 Jewel Harris, the wife of NBA player JR Smith, is grateful for her family. The celebrity mom recently shared photos of her daughter, Dakota Smith, who was all smiles while taking pictures with her mom.

“No words for what these pictures just did for me,” Jewel said of the candids. “Dakota Smile,” the celebrity mom gushed. “And for her to do so…PRICELESS.”

No words for what these pictures just did for me! “Dakota Smile…😁” & for her to do so…PRICELESS #growth #milestones #Godschild #Shesgettingthere 💕💕 melted my heart🙏🏽

Some may remember the journey of Dakota Harris who was born prematurely and spent six months in the hospital while doctors performed life-saving procedures to get her to a healthy place. Things were definitely touch-and-go during the first few weeks. In fact, there was even a question of whether Jewel and JR wanted their newborn daughter to be resuscitated in the instance that she stopped breathing.

“We was like, ‘Do what you got to do to save her life. Period,” Jewel said of her response to the doctor’s question. Now, Dakota is an older sister to JR and Jewel’s youngest daughter, Denver Smith. How amazing is that?

What is equally amazing is the strong faith of Jewel Harris as demonstrated through her prayer for JR Smith and his alleged mistress, Candice Patton. Jewel took to Instagram with a prayer that asked God to bring healing and restoration to the situation. “God, I am asking you, as your servant,” Jewel said during her prayer. “Please help and heal my husband.”

JR Smith responded to Jewel’s heartfelt prayers by telling his social media fans that he and his wife were separated. “God told me to tell y’all I’ve been separated for months,” JR said in a written response posted to Instagram. “He doesn’t understand why his child failed to mention that,” Smith added.