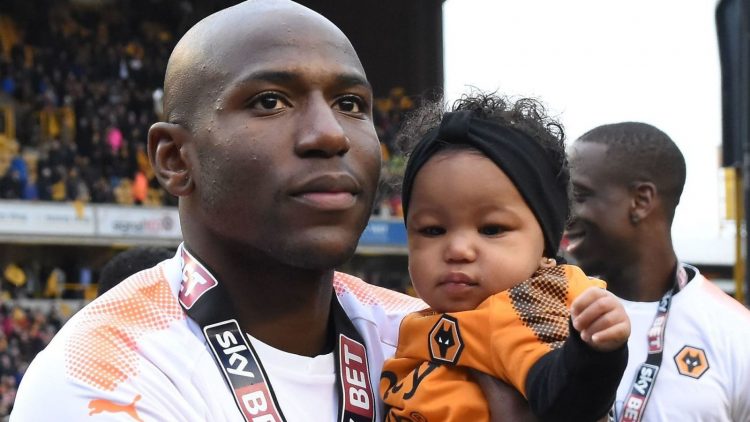 Football (soccer) star Benik Afobe, a striker for EFL (English Football League) Championship team Stoke City, revealed on Sunday, December 1, that his 2-year-old daughter Amora had suddenly passed away after developing a “severe infection”. Afobe released a statement on Twitter detailing the tragedy, and it reads:

“It is with an extremely heavy heart that the Afobe family have today confirmed the devastating news that their first child, their beloved daughter Amora, 2, passed away late on Friday evening. Amora was taken to hospital for treatment after unexpectedly developing a severe infection. Unfortunately she then suffered a number of serious complications and despite doctors doing absolutely everything they possibly could, Amora passed away peacefully with the love of her family by her side. The entire family have been left totally devastated and heartbroken, and would like to ask that their privacy is respected at this incredibly difficult time.”

The tragic news has left the football (soccer) community deeply shocked and saddened. Many European football clubs and players sent messages offering Afobe and his family support and condolences. Stoke City sent their condolences to Afobe, saying: “The thoughts and prayers of everyone at Stoke City are with Benik Afobe following this morning’s tragic news. We’ll be with you, Benik.” Bristol City, the club Afobe currently plays for (he is out for the season with a knee injury) as part of a season-loan deal with Stoke City, dedicated their 5-2 victory over Huddersfield Town on Saturday to Afobe. His former Arsenal teammate and close friend Jack Wilshere of West Ham United wrote on Twitter: “Benik, my brother, my words will never mean enough to express how deeply sorry I am for your loss, and I know that no words will heal the pain in your hearts right now, just know I am here for you, Lois and your family always.”

The thoughts and prayers of everyone at Stoke City are with Benik Afobe following this morning’s tragic news.

We’ll be with you, Benik. pic.twitter.com/nVXQTtLfZx

Arsenal, Afobe’s former team, tweeted their support: “We are deeply saddened to learn of the tragic passing of Benik Afobe’s daughter, Amora. Everyone in the Arsenal family sends love and support to Benik and his family at this heartbreaking time.” James Maddison of Leicester City wore a shirt that read: “Benik, we’re all here for you bro,” on Sunday December 1, during Leicester City’s 2-1 victory over Everton. He later followed up with a tweet that read: “Benik Afobe, no words or messages on my shirt will ever be enough but just want you to know Me, Leicester city and the footballing world are here for you and your family. Stay strong at this heartbreaking time brother.”

RAH ALI SPEAKS ON HAVING A MISCARRIAGE AT 20 WEEKS