RAH ALI SPEAKS ON HAVING A MISCARRIAGE AT 20 WEEKS 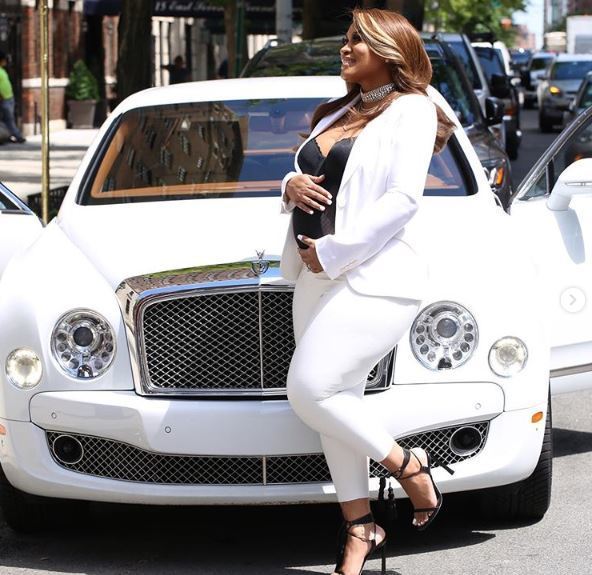 A miscarriage is a spontaneous loss of a pregnancy before the 20th week. Ten to 20 percent of pregnancies unfortunately end in miscarriage. Pregnancies can also end in miscarriages early when the woman doesn’t even realize that she is actually pregnant. Most miscarriages occur when the fetus is not developing normally. Love & Hip Hop New York‘s Rah Ali recently opened up about her own miscarriage in an inspiring segment, featured in As Told To on xoNecole, a platform where real women tell their stories in a first-person format.

This is Rah Ali’s amazingly powerful story reprinted in its entirety, as told to Taylor Honore on xoNecole.

As strong as I am as a person; as a woman, the one thing I was always scared of was having a baby. Although I knew that I wanted to have a child, finding out that I was pregnant was still a very scary moment because it was like, it’s happening; it’s now. So, I needed to adjust myself.

After I got confirmation, I finally accepted it, and I was really happy. But I was also really scared. And then, once I started to get into it, I would watch my stomach, looking for some type of change in my body.

I felt it before I saw it physically.

I want to thank every single one of you for the hundreds of emails, dm’s, text and calls. I never thought I’d find solace in that but it truly has helped me reading your stories and knowing I have your love and support. Working on finding my purpose again so that I too may be able to help someone who’s experienced this loss. 💕

I’m a planner and a person who writes down everything and tries my hardest to control the flow of things. I did a lot of planning, but what happened next in my life was something I couldn’t prepare for or control.

On May 26, five months into my pregnancy, I suffered a miscarriage.

I was halfway through my pregnancy and I remember I had this app on my phone that would tell me every single week what was happening in my body. I feel like the hardest part was accepting that my daughter is completely… that there is no more. Although I know she’s always with me, I just feel like we were like on a journey together and I was excited to meet her. It’s hard accepting that she’s not here.

After the loss of my child, I overanalyzed everything because I’m not a very vulnerable person… ever. That was really the first time that I got to see myself in that state because things really genuinely don’t bother me.

That was the first time I could really say, okay, I’m messed up right now. I’m broken. This is really bad. This is horrible. I can’t even breathe. I can’t even talk. I can’t even, I can’t, I can’t even believe this. Now there’s no, “I’m just going to be hard and strong and I’m the rock that’s holding everybody else up.”

It just took me to a place where I knew that I needed to prioritize what was important and who was there the most.

At this point in my pregnancy loss journey, I just want to get through it.