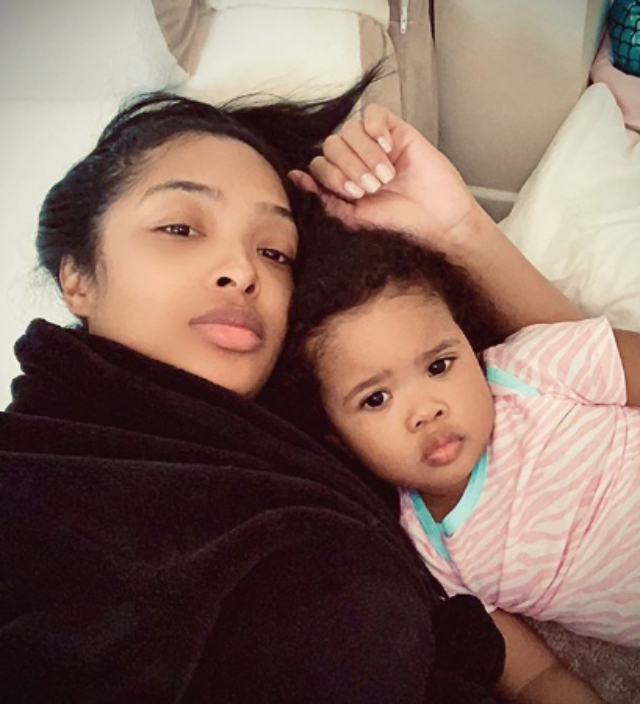 The animosity between pregnant Princess Love and her husband, Ray J, is growing. The Love and Hip Hop: Hollywood stars took to Instagram Live to further explain the challenges of their marriage earlier this week. The celebrity couple’s daughter, Melody Love, appeared caught in the middle of the unfortunate series of events.

Princess opened Pandora’ Box with a very revealing video in which she explained what led up to her and Ray J’s big blowup in Las Vegas. The celebrity mom, who is eight months pregnant, was holding her daughter in the footage.

“About two weeks ago, I found an extra phone that Ray had been hiding,” Princess shared with her social media fans. “He basically admitted that he had been entertaining some women. I say ‘women’ because my baby is right here,” the celebrity mom said.

“I told him, ‘Just be honest with me. If you’re honest with me, then we can get through it.’ He pretty much made it seem like he did it because we have been arguing a lot lately. And so, I’m like, ‘Okay. Well, we have another baby on the way. I just want to be on the same page. Let’s just put it behind us, one last time, and let’s just move forward.'”

This has been such an amazing, happy and PEACEFUL pregnancy 🥰❤️ #protectyourpeace #8months Photo by @oxanaalexphotography MUA – @juanice.mua Hair – @jtavar_

Moving forward for Ray J appeared to mean a fresh start in a new town. Such is the reason why the celebrity father suggested the family move to Las Vegas. “I’m like, ‘No. I don’t want to move to Vegas,” Princess said of her response to Ray J’s idea, which was presented days before the Soul Train Music Awards that were held in Las Vegas this year.

“He’s like, ‘Well can you at least consider it?’ And I’m like, ‘No. I don’t want to move to Vegas. [I’m] not even considering [that]. I don’t want to move to Vegas. This is not the place to have kids. This is not a place to raise your kids. And I just don’t like it here. There’s too many distractions. You already like to gamble. There’s way too many parties going on every night. It’s just not the place that I want to be.'”

Ray J became angry about the idea of Princess Love refusing to move the family to Vegas. Such anger led to an argument that ultimately prompted the celebrity father to leave and stay out for the night. Ray J also allegedly blocked his wife from calling or sending text messages to his phone, which essentially led Princess Love to check out of their hotel room as scheduled and take up residency at another hotel with Melody Love.

“We’re in another hotel right now,” the LHHH star said in her Instagram Live video. “We are not where Ray is,” Princess added. “I have not talked to him. He has not unblocked me. He has not called me. [He] hasn’t checked on me or melody. So we’re just here.”

Princess ended her post by implying that she wanted a divorce. “I don’t want to be married anymore. Period,” she said. “I don’t have time for this. This is not love, and I’m done.”

Ray J, upon getting wind of his wife going on Instagram Live with their daughter, had a response of his own. “I’m really praying for everything to work out right as far as our parenting with Melody because I really, really want her to be okay,” the celebrity father said in a separate video post.

My heart has been heavy for the last past week. I miss my baby Melody so much it hurts! I’m so sorry the world has to watch a young relationship like ours fall down. In order to be solid in a relationship you have to keep people out of it and let God work it out. But this hasn’t been the case. I will continue being the best man and father I can be no matter what’s on the other side. Without respect there is nothing. Love took a L this time. 💔

“You using her as bait in this whole thing is just not what parents should do,” Ray J told Princess in his video. “She should not be in your Live right now, and you shouldn’t be explaining things about stuff to make me look like a bad person. I’ve never talked bad about you … ever. To me, it’s just not what people that’s married do. I never talk bad about you. Never. And I never will. You know why? Because that makes Melody look bad. It makes her look bad.”

Ray J and Princess Love have been in a public battle since she made a negative comment on his Instagram post that featured the family on the red carpet at the 2019 Soul Train Awards this past Sunday. The celebrity couple is expecting their second child, a son, to arrive in the coming weeks. Stay tuned for more Love and Hip Hop: Hollywood baby news! 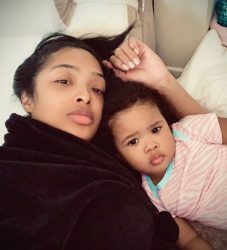 Wendy Williams is withholding nothing about her marriage to Kevin Hunter. The television personality called...

After months of hiding her son's face from the general public, Bianca Bonnie decided to...