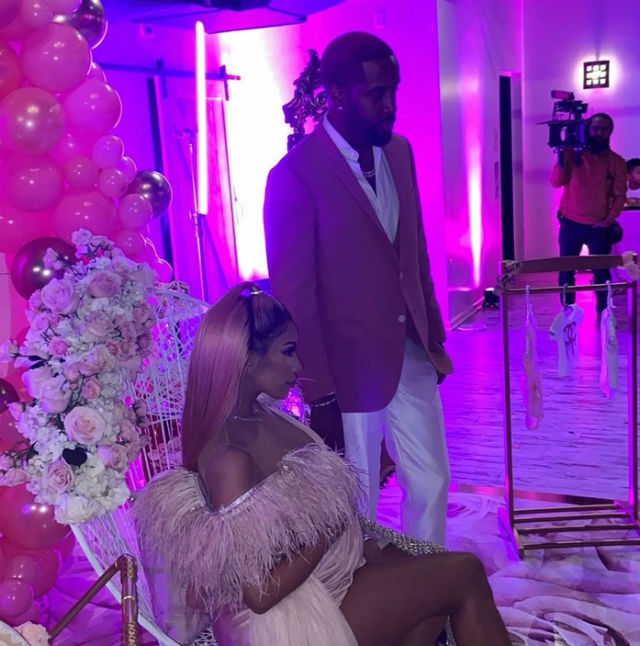 On Saturday, Erica Mena and husband Safaree Samuels celebrated the impending birth of their baby girl with a Met Gala-themed baby shower held in NY. Among the guests in attendance were the couple’s Love & Hip Hop New York cast mates Yandy Smith, Joe Budden, Remy Ma and Mona Scott, to name a few.

“This is our first baby shower. I didn’t get to have a baby shower with my son so we both are like taking this in and trying to have this be a complete dream for both of us,”  Erica said in an Instagram stories post prior to the lavish affair.

Safaree and Erica married On October 7th shortly after announcing that they are expecting their first child together. The couple announced the baby news in a video posted on Tuesday (October 1).

“I’m nervous. I’m in shock. I’m in disbelief. It’s very surreal to me. I don’t know what to do but I know I’m going to be great at what I do because I’m great at everything,” Safaree said in the clip.

The Samuels will appear on LHHNY Season 10, which will premiere Monday, December 16th at 8 PM on VH1.