TAMERA MOWRY-HOUSLEY BRINGS HER MATERNAL INSTINCTS TO ‘A CHRISTMAS MIRACLE’

"I've Never Actually Played A Mom In A Film" 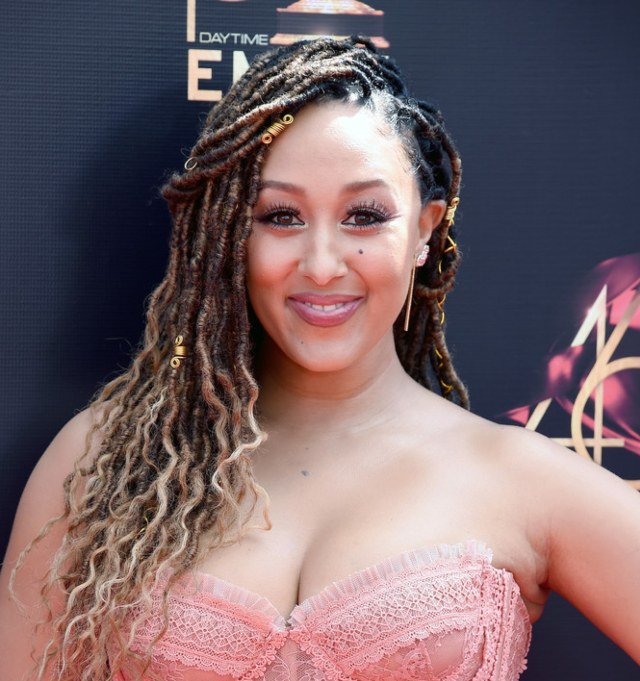 Tamera Mowry-Housley is coming full circle this Christmas season as an actress on Hallmark’s A Christmas Miracle. The celebrity mom, who is also a co-host on the hit talk show The Real, shares her vision as executive producer of the film with TV Insider.

@sincerelybrooksdarnell and I had a blast on @homeandfamilytv promoting our #Hallmark #holiday movie “A Christmas Miracle”. Did you guys see it yet?! You can go watch it now on @hallmarkmovie. #ChristmasMiracle

“I definitely wanted to make sure the film was diverse,” Tamera says. “That is a reflection of my life,” she adds. “I am biracial. I work on The Real, where we talk about how representation matters and having that power of choosing the cast. I wanted to make sure we had that.”

The veteran actress further explains, “I also wanted to make sure I was a mom. I love being a mom. That is by far one of my favorite roles. … I’ve never actually played a mom in a film. Gabriel [Jacob-Cross] is so great in that role. We have [a] natural chemistry. I told him I wanted to be his play aunt for the rest of his life. He can’t get rid of me.”

The celebrity mom goes on to talk about a moment in A Christmas Miracle in which Emma, her onscreen character, has a special moment with her son. “I knew that moment in the film was a pivotal one, especially being a mom,” Tamera says. “All Emma wants is her son to feel comfortable because she plucked him out of where they used to live and brought him back to her hometown. He doesn’t know anybody. He doesn’t have any friends. He just knows Emma’s best friend.”

Many remember Tamera Mowry-Housley from the hit television series, Sister, Sister. The celebrity acted alongside her twin sister, Tia Mowry-Hardrict, in a coming of age show that attracted a fan base like none other. Those who watched Sister, Sister from the first episode to the last have been asking for a reboot for several years. Perhaps, Tamera’s return to acting is an indication of such.

“It’s magic onscreen when we work together,” Tamera said of working with her sister and brother, Tahj Mowry, during a recent interview with Good Housekeeping. “It’s not something we create, it’s just there,” she added.

Tamera also told Good Housekeeping how Tia helped her prepare for A Christmas Miracle after The Real co-host took a ten-year hiatus from the field.

My new @hallmark #Christmas movie “A Christmas Miracle” premieres TONIGHT on @hallmarkmovie!!! I seriously cannot wait for you guys to see it. I hope you guys enjoy it as much as we did making it. ❤️ Premiering tonight at 9pm/8c on #Hallmark Movies & Mysteries. #ChristmasMiracle @sincerelybrooksdarnell

“She prepared me for the long nights and reminded me to remember to have fun in the process,” Tamera revealed. “It’s easy when you’re shooting night scenes and ending your day at 5:30 a.m. to lose sight of that,” she added.

You can catch A Christmas Miracle on the Hallmark Channel this holiday season. Stay tuned for more celebrity family news!