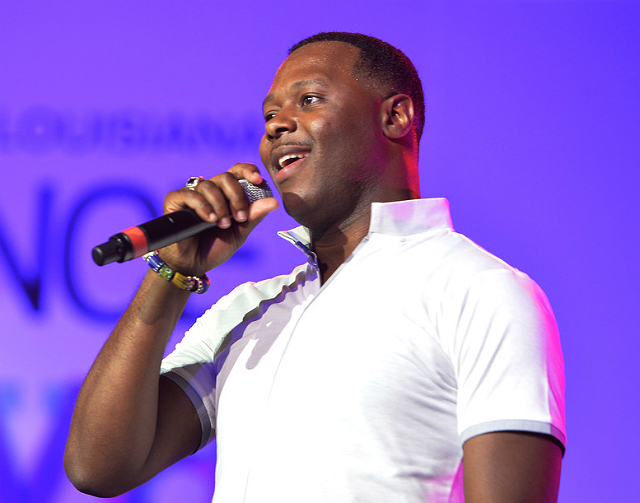 Gospel singer Micah Stampley and his wife, Heidi Stampley, laid their 15-year-old daughter, Mary Stampley, to rest in a funeral service held at Word of Faith Cathedral on Monday (November 4). The celebrity father took to Facebook days after his daughter’s passing to thank fans for their thoughts and prayers during such a difficult time.

“To the hundreds of thousands of people praying for my family and I: THANK YOU,” Micah wrote online. “We feel them and I’ve been experiencing the strength of God like never before,” he added. “I love you all and I appreciate your support. Please continue praying for us. We sincerely need them. #PrincessMary #GoneTooSoon.”

Mary Stampley passed away suddenly on Tuesday, October 22, 2019. Micah’s publicist shared the sad news with the public the following day.

“It is with a heavy heart that the Stampley family would like to announce the passing of their 15-year-old daughter, Mary Stampley,” the press release read. “Please keep their family in your prayers and respect their privacy as they deal with this traumatic event.”

It was back in 2014 that Micah Stampley opened up about his daughter’s health struggles. “My wife and I went through a very difficult time this year,” the Gospel singer revealed during an interview with KD Bowe. “My daughter was very sick,” Stampley added. “She just all of a sudden started having seizures. She would have 20 to 30 [seizures] at night, all night long.”

Micah told KD back then that Mary received a miraculous healing and restoration from the condition after the seizures led to a comatose state. Mary Stampley is survived by her parents and four brothers.