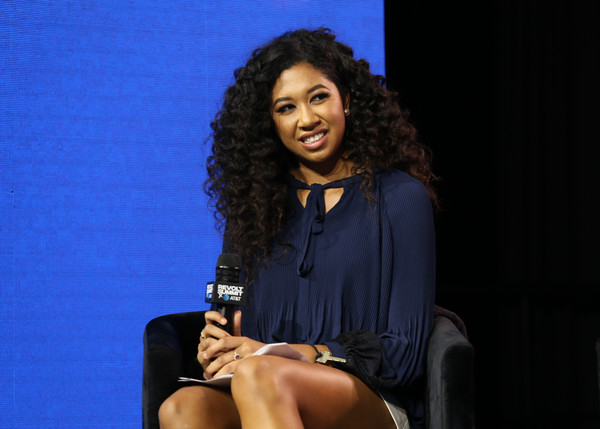 Kimora Lee Simmons and Russell Simmons’ daughter, Aoki Lee Simmons, had words at REVOLT X AT&T 3-Day Summit in Los Angeles last week. Aoki spoke to the crowd on the first day of the summit, which was nothing short of empowering.

Aoki touched on the impact of the young vote during elections. “I think young people really need to understand that their vote is almost the most important,” the young adult shared during her segment. “What you vote on today will decide your adulthood, how you live, what kind of job you have,” she added.

“I think lots of young people think because they can’t make big donations, they don’t have influence with big companies, their vote doesn’t count,” Aoki explained. “Together, your vote is huge. So young people need to understand that their vote if they all care and teach their friends to care … that care will spread and could become a huge movement.”

@aokileesimmons on the how important it is for young people to vote!! #revoltsummit

It is not surprising that Aoki’s segment at the REVOLT Summit was both informative and empowering. The young adult did, after all, share a beautiful essay in which she told her fans how her mom gave her a valuable lesson on humility after Aoki learned that Harvard University accepted her application for admission.

“Up until recently, I genuinely felt humility was for people who just have nothing good to brag about,” Aoki wrote. “Spoiler alert: that isn’t true,” the young scholar added.

Aoki Lee Simmons appears to be on the path of becoming a public speaker. We will have to wait and see the career path that this rising star chooses. Stay tuned for more celebrity kids news!