"Our Kids Are So Happy" 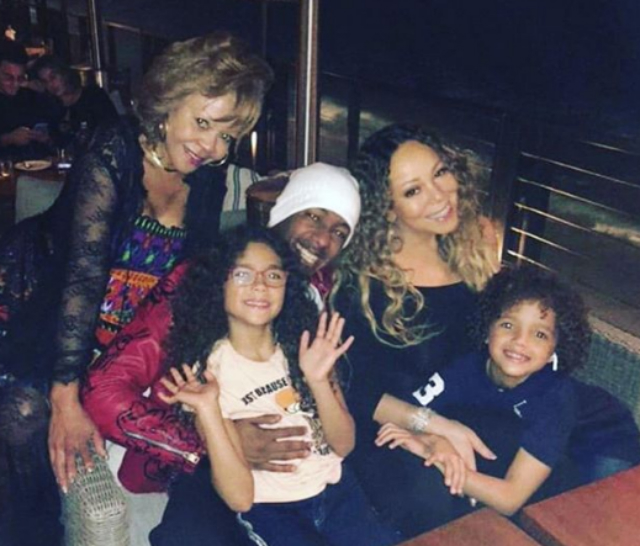 Nick Cannon is enjoying his life as a father and absolutely loves the good relationship that he has with the mother of his twin kids. The celebrity father recently stopped by The Ellen Show where he discussed co-parenting with Mariah Carey.

“Everything’s happy,” Cannon said. “We have an amazing co-parenting relationship. Our kids are so happy,” he added. “So I’d rather just … It’s calm waters. Let’s just keep it how we got it. Keep the calm.”

I guess this is the proper way to end the day!!! I believe Birthdays are for children! So mine said I had to celebrate!! Anything for them!!! 🥰 Roc & Roe And BATMAN!!! 🙌🏾

Some may remember Nick Cannon telling T.I. that he would only marry Mariah Carey if the notion of marriage came up again. “If I were to do it [marriage] again, it would be with Mariah,” Cannon told T.I. “She was my dream girl,” he added.

Nick provided a bit of clarity regarding what he meant when he said that Mariah would be the only woman he would wed if he ever married again. “Obviously, I said I probably would never get married again because I’m still working on myself and trying to become a better man,” Cannon told tWitch on The Ellen Show.

“And I said, ‘But if I had to, I’ve already been there [in a marriage with Mariah Carey]. I know what that’s like. I would go back home first.'”

Nick Cannon and Mariah Carey were married for eight years before ending their union in 2016. They have two kids, Monroe and Moroccan, together. Stay tuned for more celebrity family news!