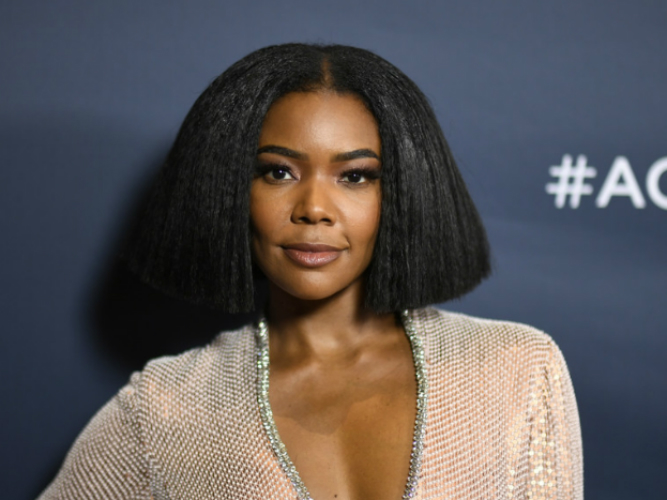 Do not come for Gabrielle Union unless she sends for you. The celebrity mom made haste to shut down a troll earlier this week after the critic attempted to stir up controversy around a picture of Gabrielle with Kaavia James and Zion Wade.

The troll was particularly interested to learn what others thought about the caption of the Instagram story shared by Dwyane Wade, which referenced Zion Wade as a girl. “What y’all think about this,” the critic asked while also sharing a screenshot of the picture with the caption in question.

Gabrielle must have felt the vibes because she quickly closed the case before it got started. “Looks like love to me,” the L.A.’s Finest star responded. “I truly hope that everyone gets the love, support, and hugs they deserve,” Gabrielle wrote. “Also,” the actress added, “Kaav ain’t with the dumb s**t. Peace and blessings good people.” We could totally see that Shady Baby wasn’t about the foolishness from her expression in the picture.

Gabrielle Union joined Dwyane Wade and other members of the family in celebrating with Zion at the Miami PRIDE parade earlier this year. Some chose to criticize the celebrity parents. Many, however, thought it beautiful that Zion had adults who fully supported his journey. Gabrielle later commented on the backlash that she and Dwyane received after attending the Miami PRIDE parade with Zion.

“It feels normal,” the celebrity mom said. “People talk a lot about diversity and inclusion, but they don’t actually mean it,” Gabrielle continued. “In our household, we mean that, and that’s why the entire household went to pride.”

Gabrielle Union & Dwayne Wade: 11-year-old son #ZionWade comes out at gay⁣⁣⁣⁣ ⁣⁣⁣⁣ Gabrielle Union & Dwayne Wade: Are proud parents that fully support him and take him to Miami Pride. ⁣⁣⁣⁣ -⁣⁣⁣⁣ LGBTQ+ youth experience many hardships, but perhaps one of the biggest is being kicked out and rejected by their own family simply because of who they are. 40% of homeless youth are LGBTQ+.⁣⁣⁣⁣ -⁣⁣⁣⁣ That means 320,000 to 400,000 of them face homelessness each year in the United States. It’s a revolutionary and beautiful thing seeing proud black parents supporting their LGBTQ+ youth. This is how you do it! 🧡