"Who's Ready For This Pregnancy Slay?" 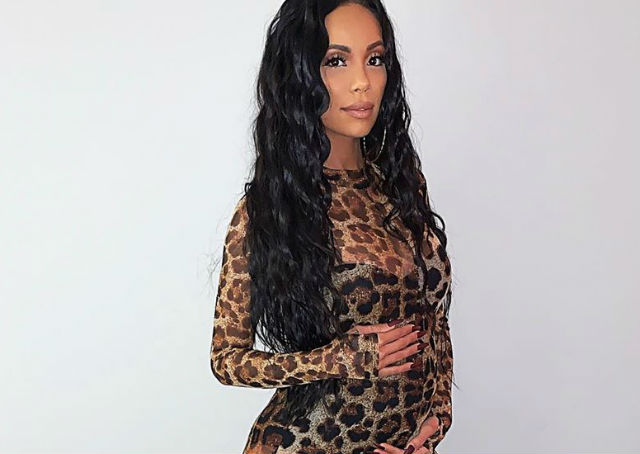 Pregnant Erica Mena is giving us all sorts of fabulous in her latest maternity shoot. The expectant star shared a few pictures from her latest session with her boyfriend, Safaree, who also looked fashionable in the candids.

One Instagram photo series that is particularly eye-catching is Erica and Safaree posing while dressed in formal wear. “Most Wanted,” Erica captioned in the post. “This flood of photos alone gonna make me get pregnant,” one fan said. Another of Erica’s social media followers wrote, “Congrats, love. You deserve the love you give.”

Another photo from Erica Mena’s latest maternity shoot was of the pregnant star alone. Erica was dressed in pink, which matched her surroundings perfectly. “Who’s ready for this pregnancy slay,” Mena asked. The masses were not prepared!

Erica Mena and Safaree confirmed their expectancy of a child a few days ago. “Wow, wow, it’s a big deal! Very big deal,” Safaree said during the announcement. “I’m excited,” he exclaimed. “I’m nervous. I’m in shock. I’m in disbelief. It’s very surreal to me. I don’t know what to do but I know I’m going to be great at what I do because I’m great at everything.”

Erica also commented on the impending birth of her and Safaree’s child. The celebrity mom was quite adamant about protecting the baby from “the crazies.” Safaree, however, appeared more open to sharing social media posts about his child going forward.

God knew my heart needed you. Thank you to my brother @mr_guerra & @blu_gem_ for helping bring this to life.

“We’re going to be selective but at the same time, this baby will come out of the womb working,” the father-to-be mused. “I’m about to pull a DJ Khaled,” Safaree continued. “As soon as this baby comes out, we are working.”

Erica Mena and Safaree are expecting their little one to arrive in the coming months. Stay tuned for more celebrity pregnancy news!