Is The Cat Out Of The Bag? 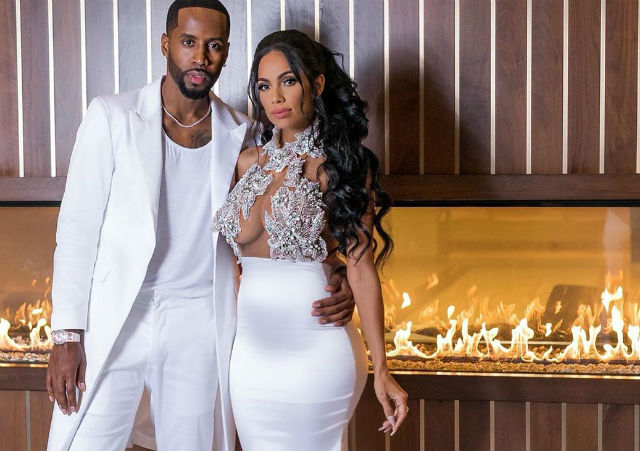 Erica Mena is reportedly pregnant and expecting a child with Safaree Samuels. Hollywood Unlocked has the inside scoop on Mena’s alleged pregnancy.

“Erica recently did a maternity shoot to celebrate her upcoming bundle of joy. Erica was planning on making the big announcement with her shoot, but, it’s hard to keep a secret these days!”

One of Erica’s more recent pictures on Instagram showed the celebrity wearing black while posing with her boyfriend who was also dressed in black in the candid. Erica and Safaree were cuddled up in a manner that hid her stomach from the camera’s lens. “Us,” Mena captioned.

It would not be too much of stretch to believe that Erica Mena and Safaree Samuels are expecting a child together. The couple has, after all, been in serious courtship for the past few months. There were even rumors of Erica and Safaree tying the marital knot last year. Mena, of course, quickly shut down such gossip.

Safaree surprised Erica with flowers made in the shape of a teddy bear this past Mother’s Day. How will the celebrity couple announce their expectancy if Mena is indeed pregnant? We will have to keep our eyes on these two to find out!