Home » NEWS » JOSELINE HERNANDEZ TO ‘MARRIED TO MEDICINE’S’ TOYA BUSH: ‘BEING A MOM IS NOT A JOB’

JOSELINE HERNANDEZ TO ‘MARRIED TO MEDICINE’S’ TOYA BUSH: ‘BEING A MOM IS NOT A JOB’ 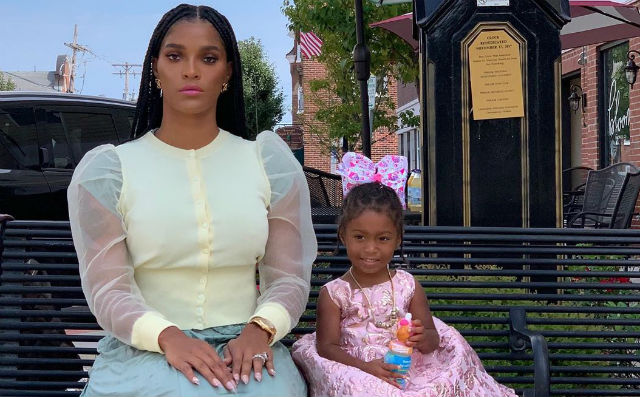 Joseline Hernandez does not view motherhood as a job. The former Love & Hip Hop star blasted Dr. Toya Bush Harris after the Married To Medicine star compared parenting to a full-time job.

Dr. Harris was trying to give Joseline credit for all the work that she puts into rearing her daughter when the former LHH star took off on her. “I call it being a mother. I don’t think it’s a job,” Joseline told Toya during a recent episode of Married To Medicine. Dr. Harris responded by saying, “Well, being a mother is a full-time job.” That is when Joseline Hernandez really unleashed.

“I don’t think so,” the former Love & Hip Hop star said. “But you know, we’re gonna keep letting you live it up … not paying your taxes,” she added. Everyone, including Toya, was stunned by the clap back.

Hernandez later told her social media fans that she squabbled with Harris in hopes of defending her friend, Buffie Purselle. Some critics, however, wondered why the former Love & Hip Hop star was even on this season of Married To Medicine.

“Joseline … can’t take her nowhere,” one Instagram fan mused. Another social media follower was a bit more critical. “What nonsense is she saying,” the commenter asked. “Being a mother is a full-time job and kudos to all stay-at-home moms. Why bring her ghetto a** to this classy show?”

My first born harder than a lot of you niggas✌🏽✌🏽✌🏽✌🏽 And let me give you the story myself…. The Primary custody of my daughter belongs to her Mother and her Father. Is sad that you so call reporters obtain fake paperwork to ruin relationships. So if you had a question of her where abouts…….. She’s in the sky!