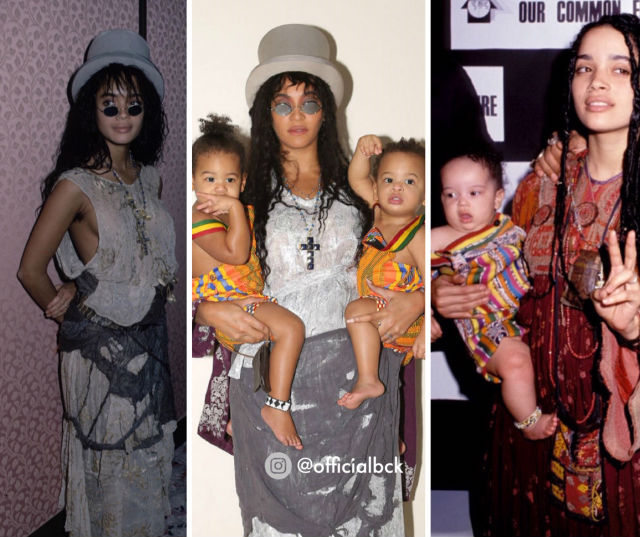 Beyoncé  channeled actress Lisa Bonet in a rare photo with her twins, Rumi and Sir Carter, for Halloween 2018.

Dressed in a sexy sheer dress, top hat and John Lennon-style specs, the singer and mom of three effortlessly recreated Bonet’s look from the 90s.

The image was made complete with Bey’s youngest kids rocking their own colorful costumes, which were inspired by Bonet’s daughter Zoe Kravitz circa 1989. 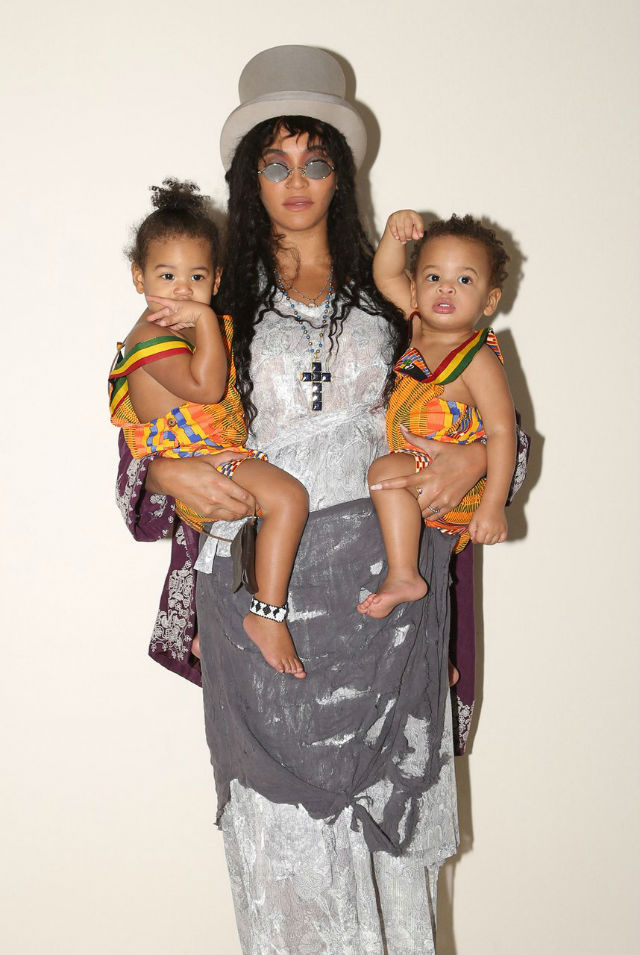 Rumi and Sir, who are rarely photographed, made their debut TV appearance in their mom’s new documentary film, Beyoncé Presents: Making The Gift, which aired on Monday.

In the documentary, Beyoncé is seen doting on her children with husband Jay-Z while talking about The Lion King soundtrack and motherhood.

“When you’re a mother, there’s a love that you experience with your kids that’s deeper than anything you can imagine,” she said. “The love is beyond Earth and beyond time and space, and it’s a connection that will be constant.”

“When I see fathers singing ‘Brown Skin Girl’ to their daughters, to know that my daughter can have the same opportunities and feel confident and feel like she doesn’t have to take her braids down and she can comb her afro out and she can glisten in her brown skin… That is why I make music,” Beyonce explained of the song that has become an anthem for melanin girls everywhere.