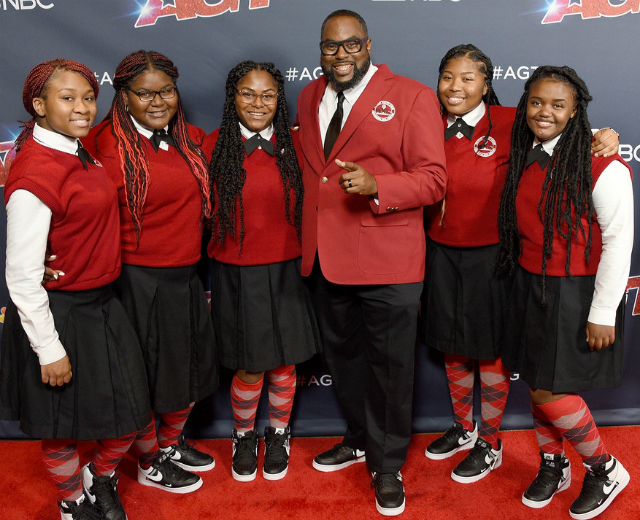 The Detroit Youth Choir that earned Terry Crews’ golden buzzer during the audition segment of America’s Got Talent took home second place during Wednesday night’s finale episode of Season 14. Some viewers did not like the notion of the inspirational group falling short to winning contestant Kodi Lee.

Fans became familiar with the Detroit Youth Choir back in June when the kids delivered a beautiful rendition of ‘Can’t Hold Us’ by Macklemore. Terry Crews was so moved by the choir’s singing and collective story, which reminded the actor of his upbringing, that he gave the kids the coveted golden buzzer. Such approval meant that the Detroit Youth Choir automatically progressed to the semi-finals. Take a look at the clip below to get caught up with the story!

The youth performed at their height during Wednesday night’s show. Kodi Lee, the 22-year-old blind musician who also lives with autism, took home the prize, though. Many viewers were happy with the finale results that left Kodi on top. A few disgruntled fans, however, believed that the Detroit Youth Choir deserved to take home the ultimate reward.

This has been an amazing journey, watch the #agtfinale tonight @ 8/7 c!

Still, even with their performance coming in second place, the Detroit Youth Choir did their city proud. “Very proud of you,” Larry Spruill of WDIV Local 4 tweeted after the show. “Way to represent Detroit,” he added. The mayor of Detroit, Mike Duggan, also tweeted, “Congratulations to the Detroit Youth Choir. You inspired a country – and left our city with memories that will last forever! True winners!”

Just ask @IAMJHUD how being a runner up has worked out for her!! The world is your oyster @DycOfficial – keep grinding! We love you! 💪🏻💙💙

Mayor Duggan went on to give the Detroit Youth Choir a key to the city. “The Detroit Youth Choir represented Detroit so beautifully, they deserve the highest form of recognition our city can offer,” the politician said in a statement. “They won the heart of America, and now they will have the key to our city,” he concluded.