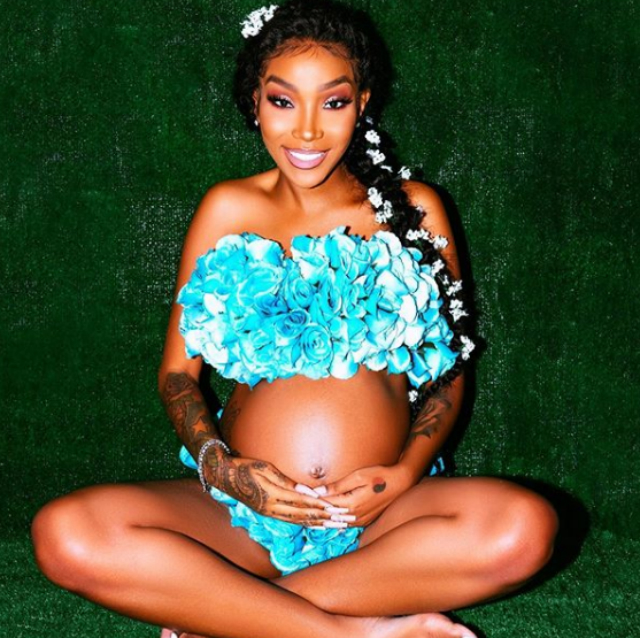 Congratulations to Grand Hustle’s Tokyo Jetz and her boyfriend on the arrival of their son. The celebrity couple welcomed a baby boy earlier this week.

Amir Official video link in bio & out on all platforms 💙 LOML

Tokyo announced the arrival of her son by sharing a video clip of the newborn’s footprint as well as footage of her son’s first few moments outside of his mom’s stomach. “No greater love,” Tokyo captioned underneath her baby boy’s footprints.

“Congrats,” one Instagram fan wrote. “You’ve already been focused,” the social media follower added. “Watch how it goes up another level now after having a child. Enjoy your blessing, take your time, and the rap game and all your other business ventures will be waiting for your return beautiful.” Good advice!

My first time actually choosing to open up about my pregnancy ..this was super hard for me especially because I don’t let people in this much and I’m usually the “strong” one…link in bio💙

Many know Tokyo Jetz from her popular singles ‘No Problem’ and ‘The One.’ The rapper rose to prominence before the debut of these songs after collaborating with Hustle Gang on the single, ‘Friends.’ Tokyo Jetz recently discussed how a freestyle video helped launch her career.

“When I first dropped my first freestyle video I actually wasn’t expecting anything to happen,” Tokyo explained. “I was just freestyling because I was mad and it just kind of blew up from there.”

“But from the time that the video went viral to the time T.I. reached out to me and moving to Atlanta it’s been like a year and a half. I wasn’t expecting anything at all though. I was expecting to go back to work. I had no expectations at all.”