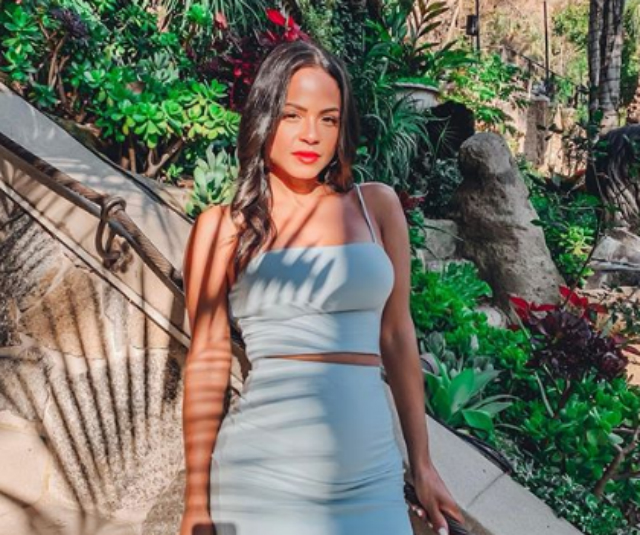 Christina Milian and her boyfriend, Matt Pokora, are well on their way to welcoming their baby boy. The celebrity mom tells PEOPLE Now that her experience with pregnancy this time around is much different from when she was expecting her daughter.

This just gave me the biggest smile. 😁 Thank you 🎨 @nelsondessinateur

“I had no morning sickness, everything’s been fine,” Milian continues. “Even my belly, I carry it different than a girl. It’s kind of weird to experience that. Having a boy is pretty awesome.”

Christina Milian and Matt Pokora announced their expectancy of a child a few weeks ago. The celebrity couple enjoyed a gender reveal party last month where Christina’s daughter, Violet Nash, was proven to be right in her speculation of the baby being a boy.

“I knew it,” Violet said. “Baby brother on the way,” the youngster exclaimed online. Violet was photographed celebrating the impending birth of her brother beside her mom and Christina’s boyfriend.

“I’ve got a little mini-mom on the side that’s gonna help me out,” Milian tells PEOPLE. The expectant star can also count on her boyfriend to be a big help.

Family day @Unistudios! Had to Cool down and get on all the rides. (I had to watch and take pics.. 🤰🏽) in the end I had the most fun of them all in the #DespicableMe Water Playground!

“He can do all the doody,” Christina muses. “I’ll do all the rest,” she adds. In all seriousness, “We’ll figure it out,” Christina says. “I definitely know I can count on him to be very helpful,” the celebrity mom concludes.

Christina Milian and Matt Pokora are expecting their son to arrive next year. Stay tuned for more celebrity kids news!